Tonight was my night.
Back in the 80s when I started fishing I heard tell of an 8lb wild brown trout that had been caught in a small hill Loch quite a few miles from where I lived. With only a pushbike for transport I longed one day to catch a fish in that Loch but at my young age and the distance involved I was going to have to wait until I had a car and could drive. So roll on the 90s and I fished it a few times and swore there wasn't a fish to be had in the Loch never so much as saw fin or even saw a natural rise. I believe after the 8lb fish had been caught the place had been mercilessly over fished and poached. And then in the early 2000s I gave up fishing.
Then a couple of years ago I saw this my old fishing buddy is in the video and he caught a fish in the Loch I so desperately wanted to catch a fish from. I repeatedly watched the video, it stirred my emotions and triggered me to buy a new rod, start fly tying again and I swore I would catch one of those trout that eluded me as a youngster. Last season I started fishing again and then I went and crashed my motorbike and broke my shoulder. That took me out of action for 12 weeks last season. I did manage a few trips before the end of the season out but each visit to that bloody Loch drew a blank.
Raring to go this season and then lockdown struck before I could cast a fly, however with the recent relaxation to allow fishing I bought my permit and booked onto the Loch this evening, I now live within walking distance.
At the Loch air temp 6 degrees a howling cold wind coming in from the North sea, I was braced for yet another blank. But off I went anyway.
A few casts in and I see a swirl at my flies. It follows and makes a splash, I struck too fast and no contact was made so I quickly re cast to the same spot and my fly disappeared in an explosive take and my rod doubled as it took off into the deep. Heart pumping and reel singing I nervously coaxed the fish to the net, now this was no 8 pounder but still this was the fish of my boyhood dreams finally in the net. Just over 2lb in weight and full of sticklebacks and my childhood dream fulfilled, it was safely returned to fight and feed again. 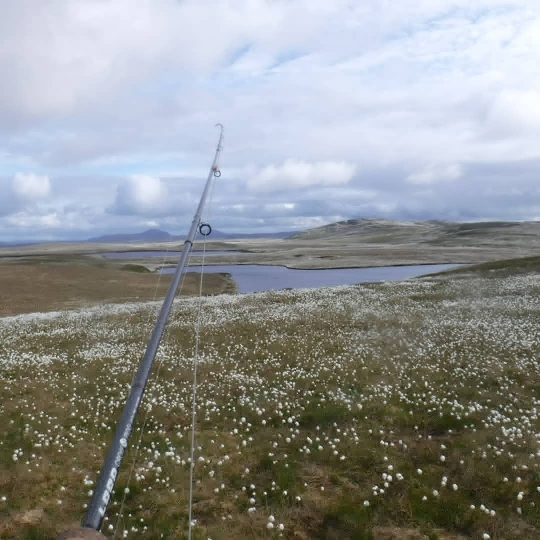 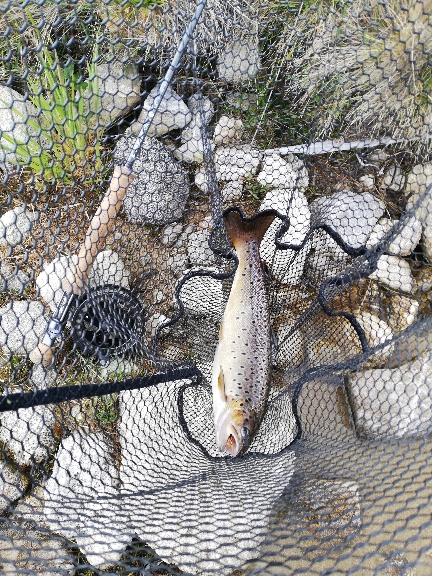 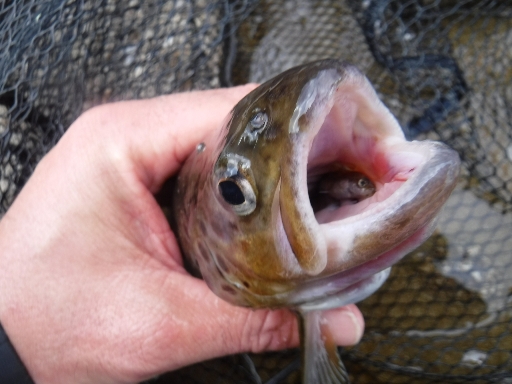 Well done, is John Leonard still in the Forsinard hotel? that 8 pounder might be the same one he had on his wall.
S

ohanzee said:
Well done, is John Leonard still in the Forsinard hotel? that 8 pounder might be the same one he had on his wall.
Click to expand...

The Forsinard Hotel is but a distant memory. The building is still there but it's been shut for over ten years.

ohanzee said:
Well done, is John Leonard still in the Forsinard hotel? that 8 pounder might be the same one he had on his wall.
Click to expand...

As already stated the Forsinard Hotel has been shut for years, the fishing is now controlled by https://forsinardflyfishers.co.uk/


Sent from my ANE-LX1 using Tapatalk

Hearty virtual handshake and thanks for sharing the story. Not long-winded at all, just much appreciated. Love the fact the notion's been burning away for almost 40 years and you've finally achieved your goal - and that you posted at 02:14 - presumably with a dram in hand? You certainly deserved a large one!

Yes I had a rather generous whisky in hand

Location
Too far away from the wild places!

Fantastic story and what FFF is all about - thanks so much for sharing.

Some similarities with myself although I'm not lucky enough to live close to wild waters. I fished the wild lakes of Wales in the 1980s/90s and also heard some great stories. Like you, I "gave up" fishing in the naughties when family and work took me down South, where I still am. However, the urge was too strong and I bought some new gear and returned to Wales last season. Loved it. This year looks to be a write off but hopefully I'll make up for lost time next year.

Thanks for sharing really enjoyed that. My friends and I were supposed to be on the Forsinard lochs this week, however like most people this has had to be postponed

gg76 said:
Thanks for sharing really enjoyed that. My friends and I were supposed to be on the Forsinard lochs this week, however like most people this has had to be postponed

I am lucky that the lochs are literally on my doorstep.

That has to be the longest blank I've ever heard of!! Congratulations on finally kicking that gremlin into touch.

Naefearjustbeer said:
I am lucky that the lochs are literally on my doorstep.
Click to expand...

The cross lochs are a personal favourite with the frustration of never seeing them really late on because the walk out after dark is downright dangerous, do you know the ones in the forest?

Great post and thanks for sharing, I especially like that you now live within walking distance of the Loch. Hope you get that eight pounder one day, you deserve it.

As an aside to this wonderful tale of long held ambition being realised...
I drove over to Thurso for the first time since the lock down last week and the moors out around that loch were almost silver with bog cotton. Much of the area was burnt in the huge Strathy hill fire last year, has this resulted in an unusually good crop of bog cotton or is it just easier to see with all the heather burnt back?

Yes there are huge amounts of bog cotton. I think it is because the old tall Heather was burnt right back allowing the cotten to stand proud.

ohanzee said:
The cross lochs are a personal favourite with the frustration of never seeing them really late on because the walk out after dark is downright dangerous, do you know the ones in the forest?
Click to expand...

Yes I managed to catch a couple of good sized trout from the Cross lochs at the back end of last season.