Bird of the day

Overmiwadrers said:
Well I run my business from an office in filey my son works for me full time and we often go out for a walk lunchtimes often to the brig and sometimes if it’s raining we drive Round to the Dams don’t tend to see a lot round there though

I love Filey and their crabs

Paul_B said:
I love Filey and their crabs

Common as they are, stunning little birds close up- never stop moving, visually about at their best just now.

And a nice Coal Tit. An hour or two later and the nuts have gone down over 2 inches- doing a feeder full a day! 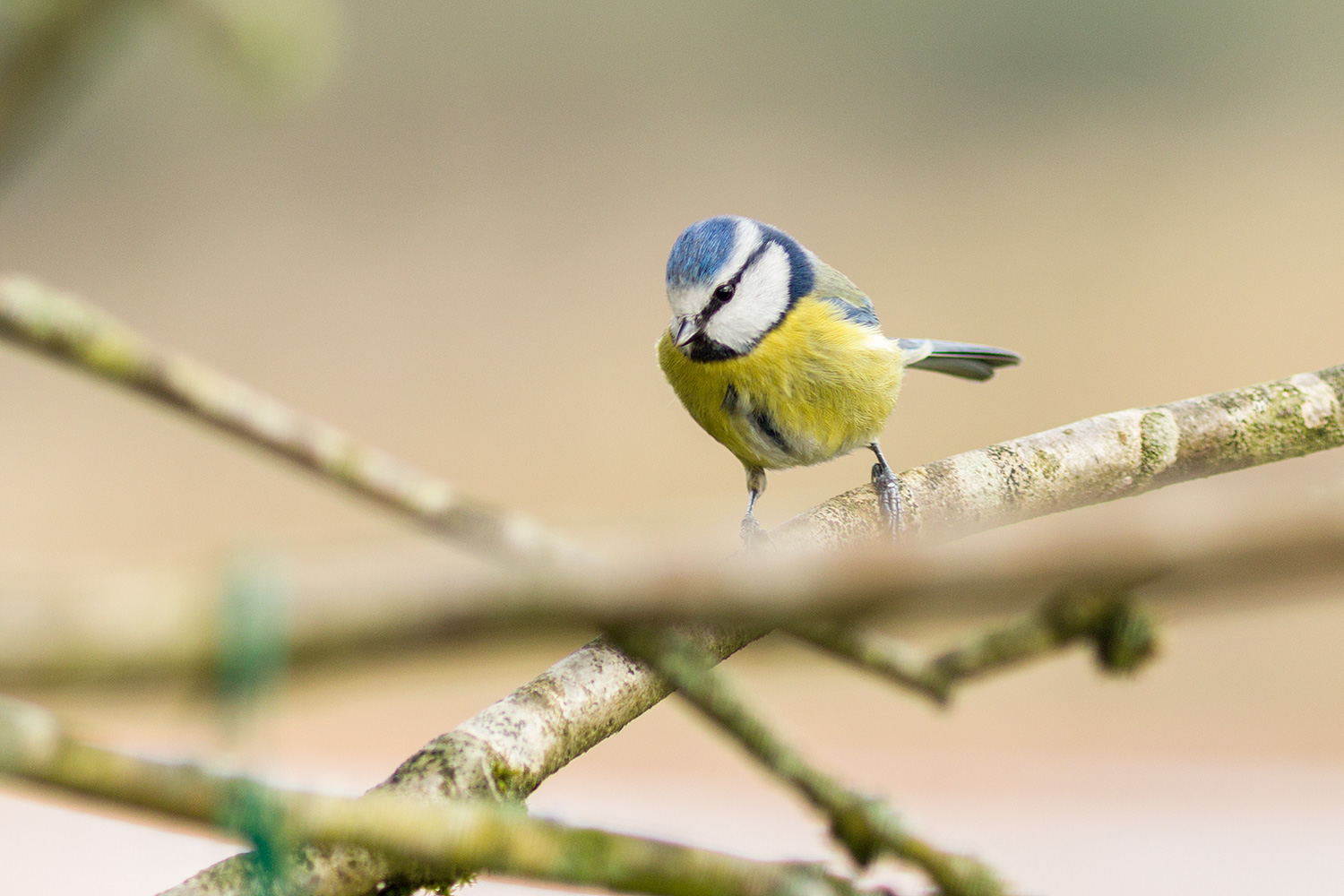 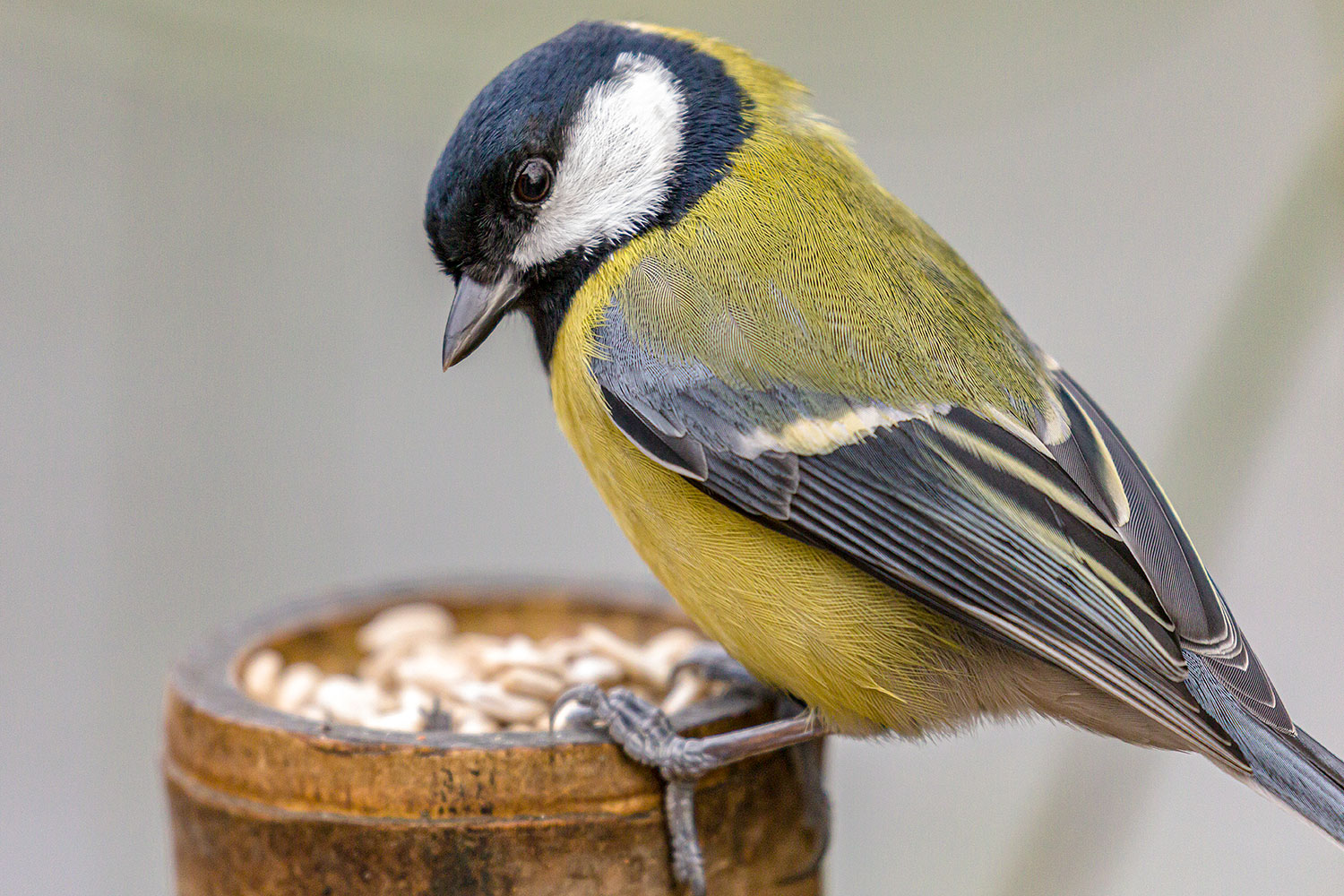 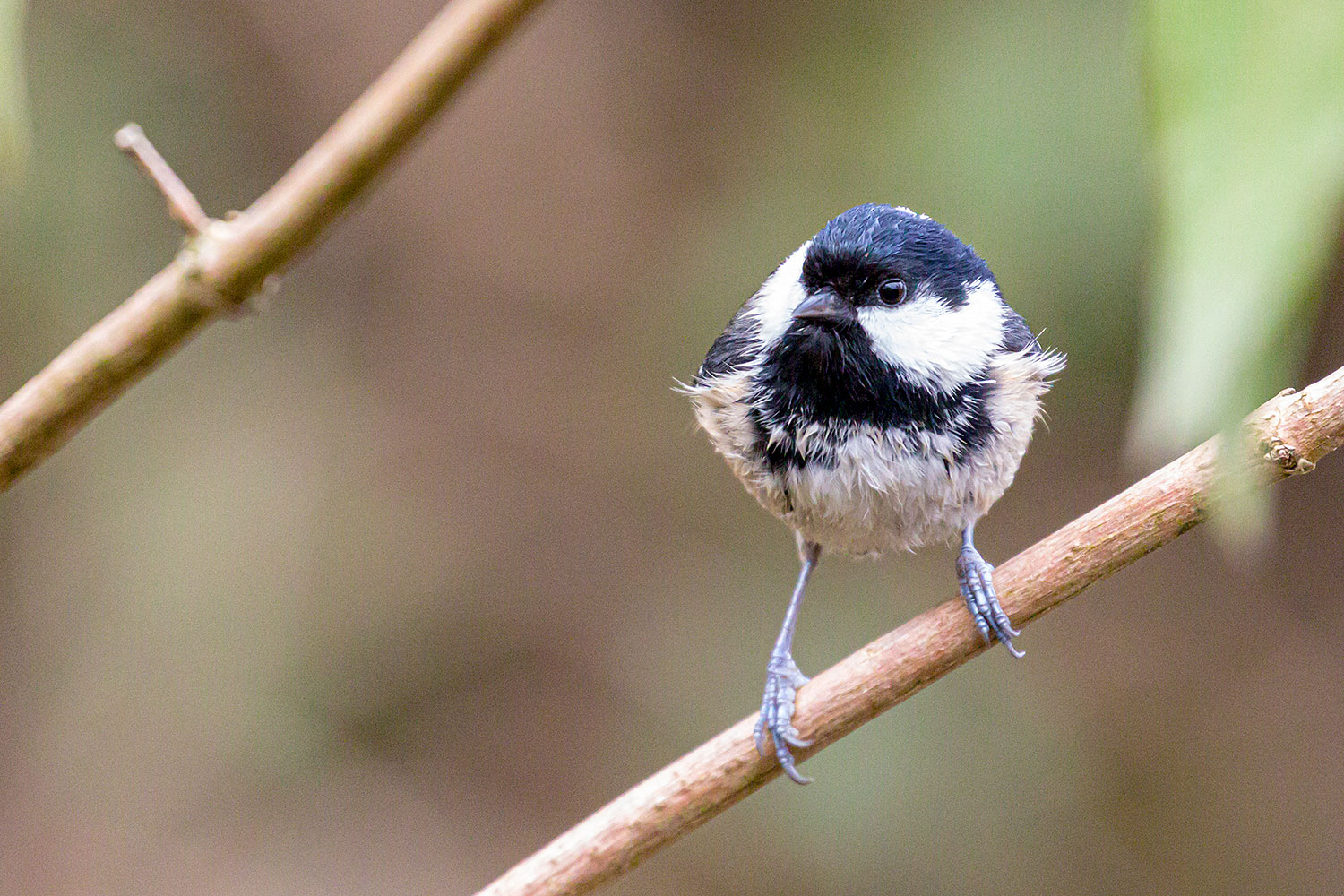 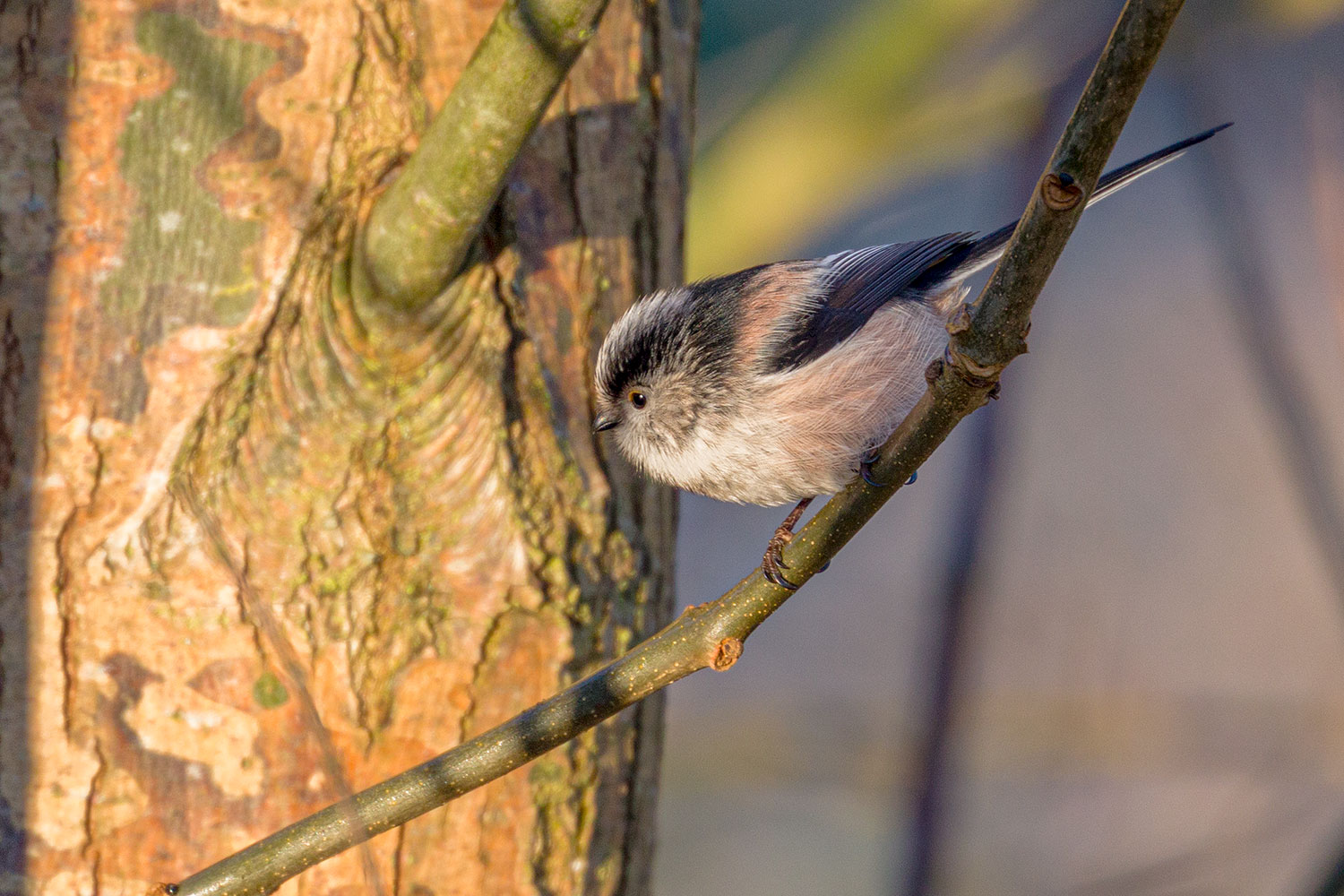 Years ago, I needed to go to the countryside to see LTTs, but they are now one of the most common urban birds hereabouts. Far more of them than coalies.

Only realised not that long ago that when WC Fields was saying "My little chickadee..." he was referring to the American species that is almost identical to our coal-tit.

Lovely pics, thanks for putting them up. We get plenty of Ltt, but not seen any today. Loads of migrant blackies today though.

Ok I am stretching it a bit today...but it has been that fecking cold for the last week and a half I thought a touch of summer might be in order. These were in the Pentland off Stroma a good few years back.

They come up the Forth Estuary about as far as the bridges, as do the other auks - guillemots and razorbills. A lot of locals don't realise they are that close to us. These were all taken miles further upstream from where I am... 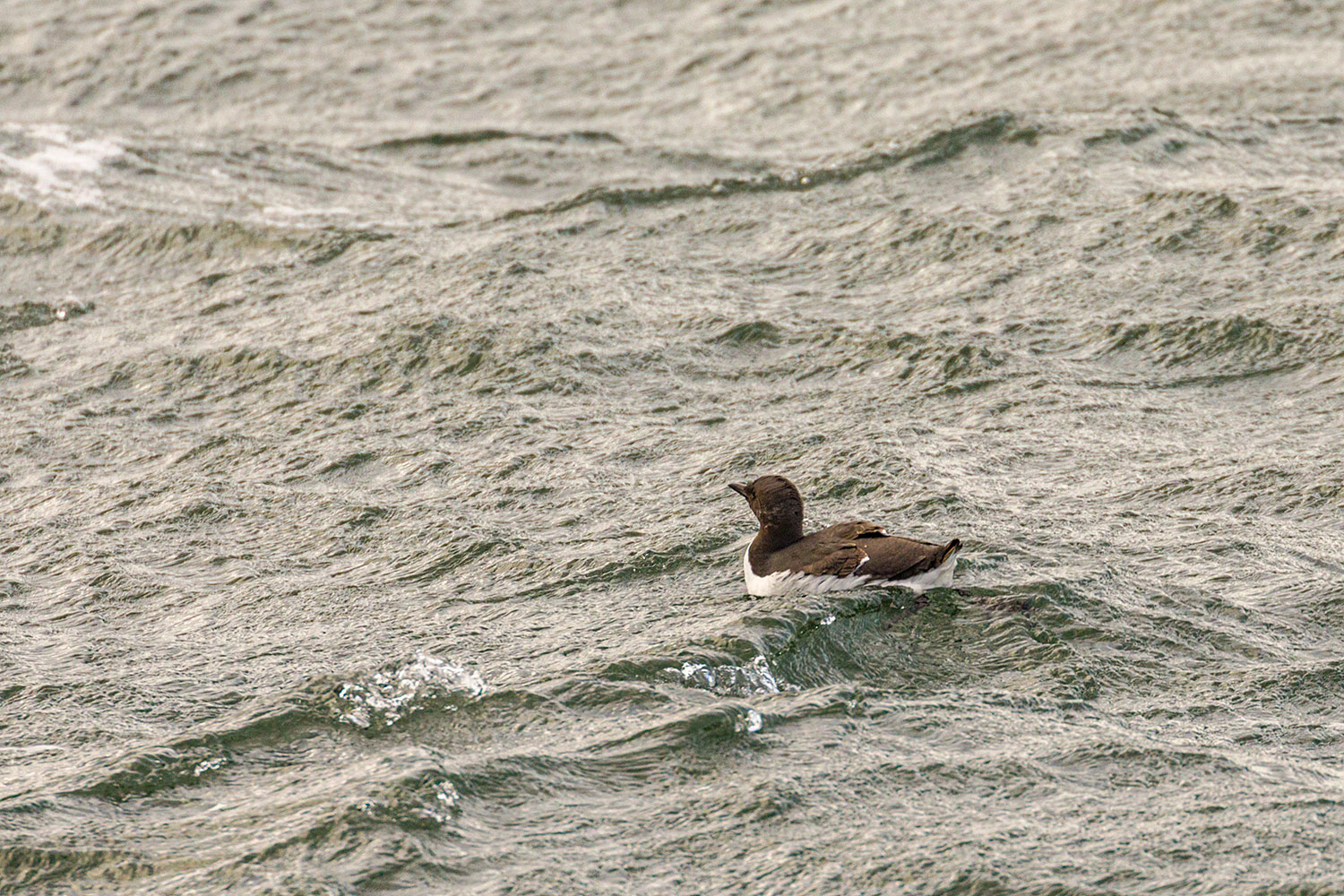 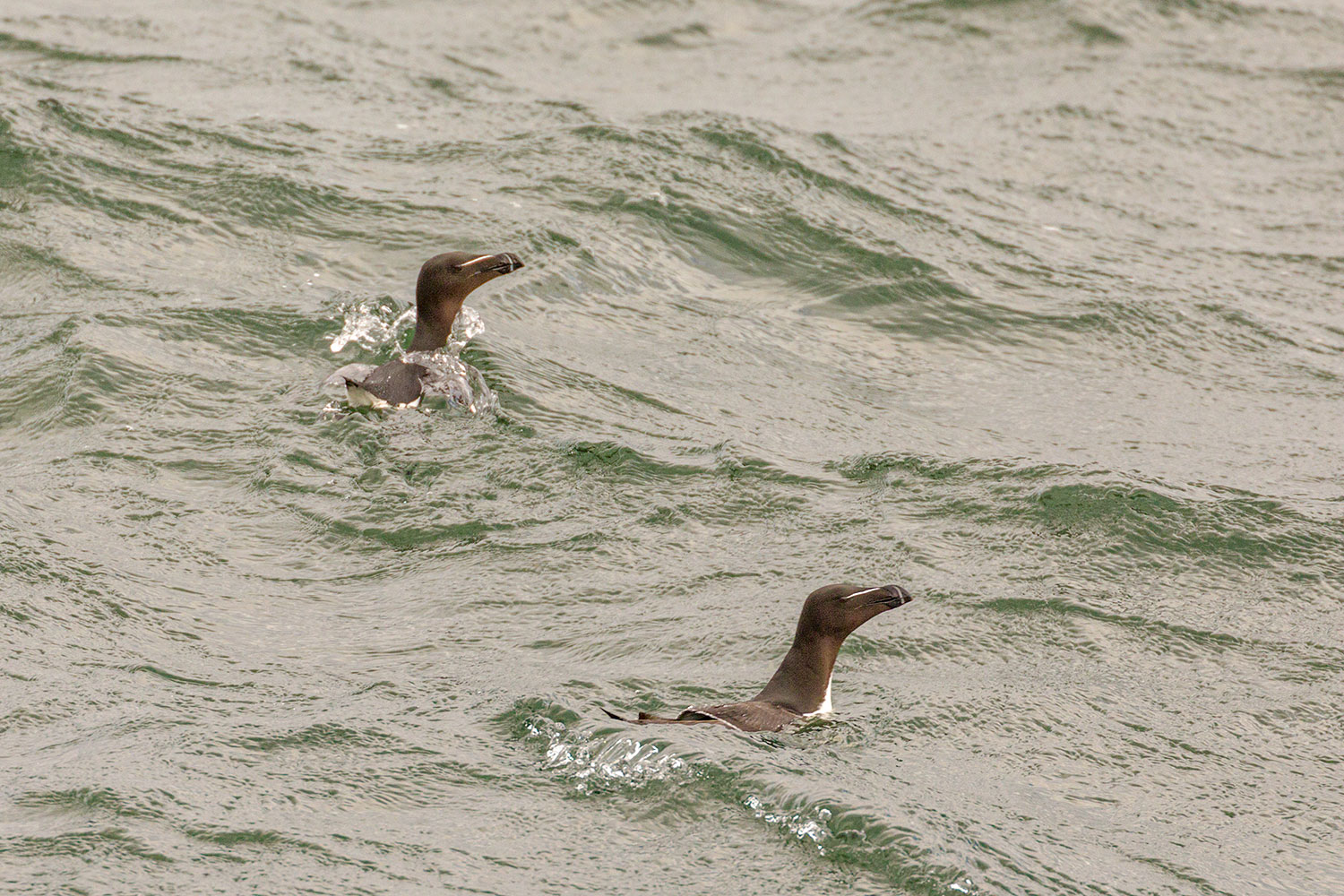 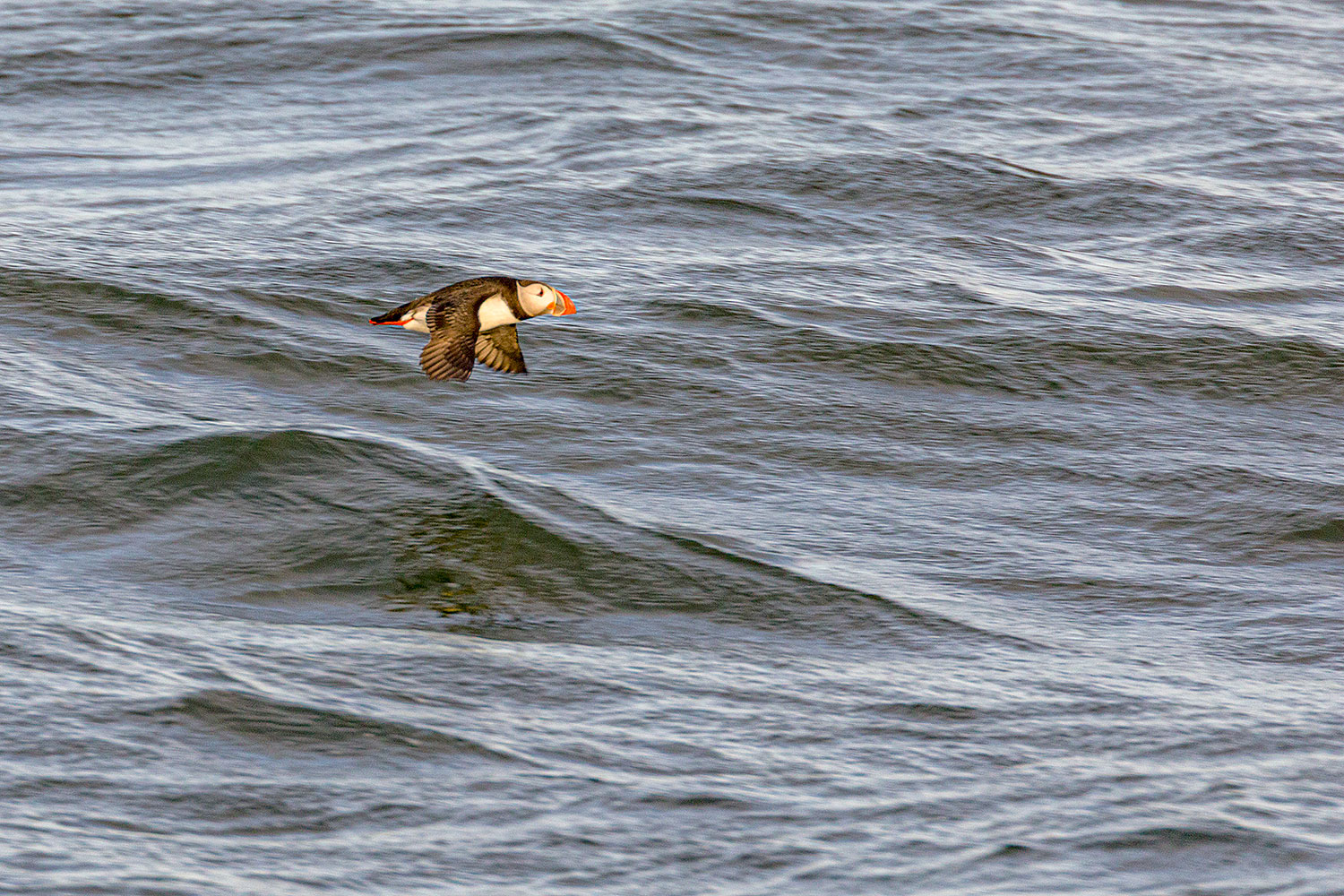 There is a colony of fulmars nest underneath the Forth Rail Bridge... 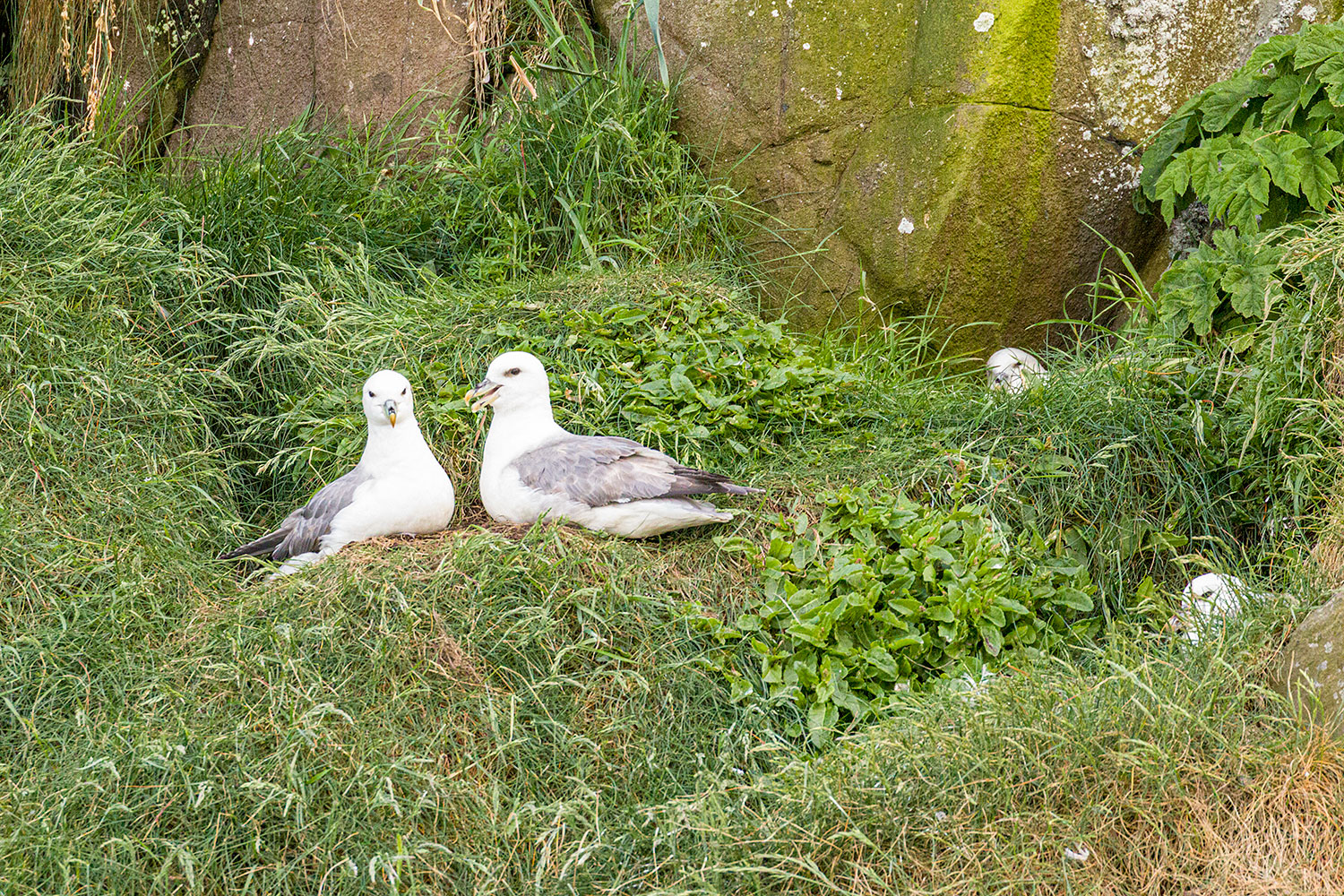 One of the hardest birds to get a good shot of on a dull day- never stop moving! Regular in our garden and breed in our trees.

Yep - they are very good at moving round the tree so they are out of sight. As you move round to bring them back into view, they move further round... and again and again...

Only managed a couple of shots of them... 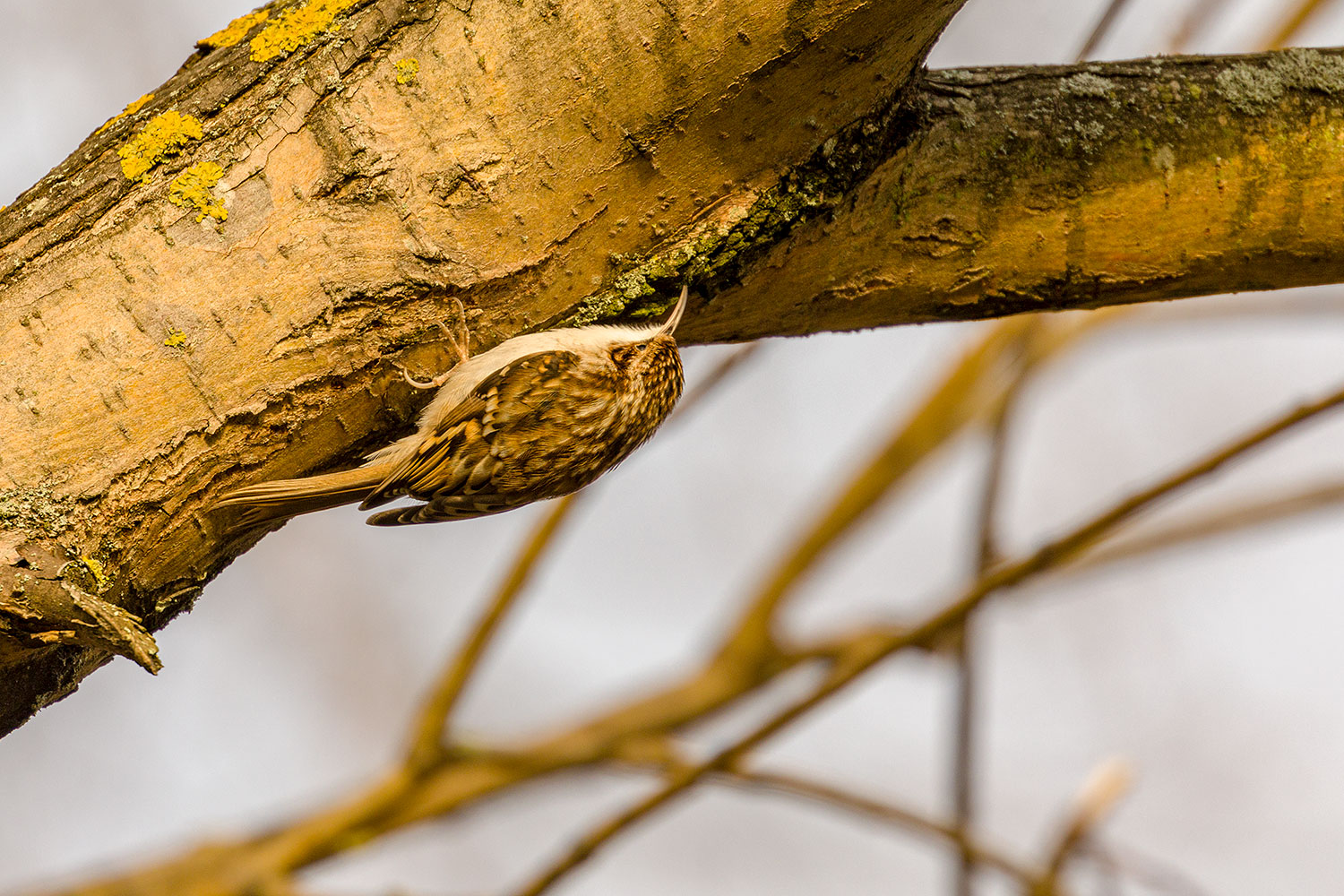 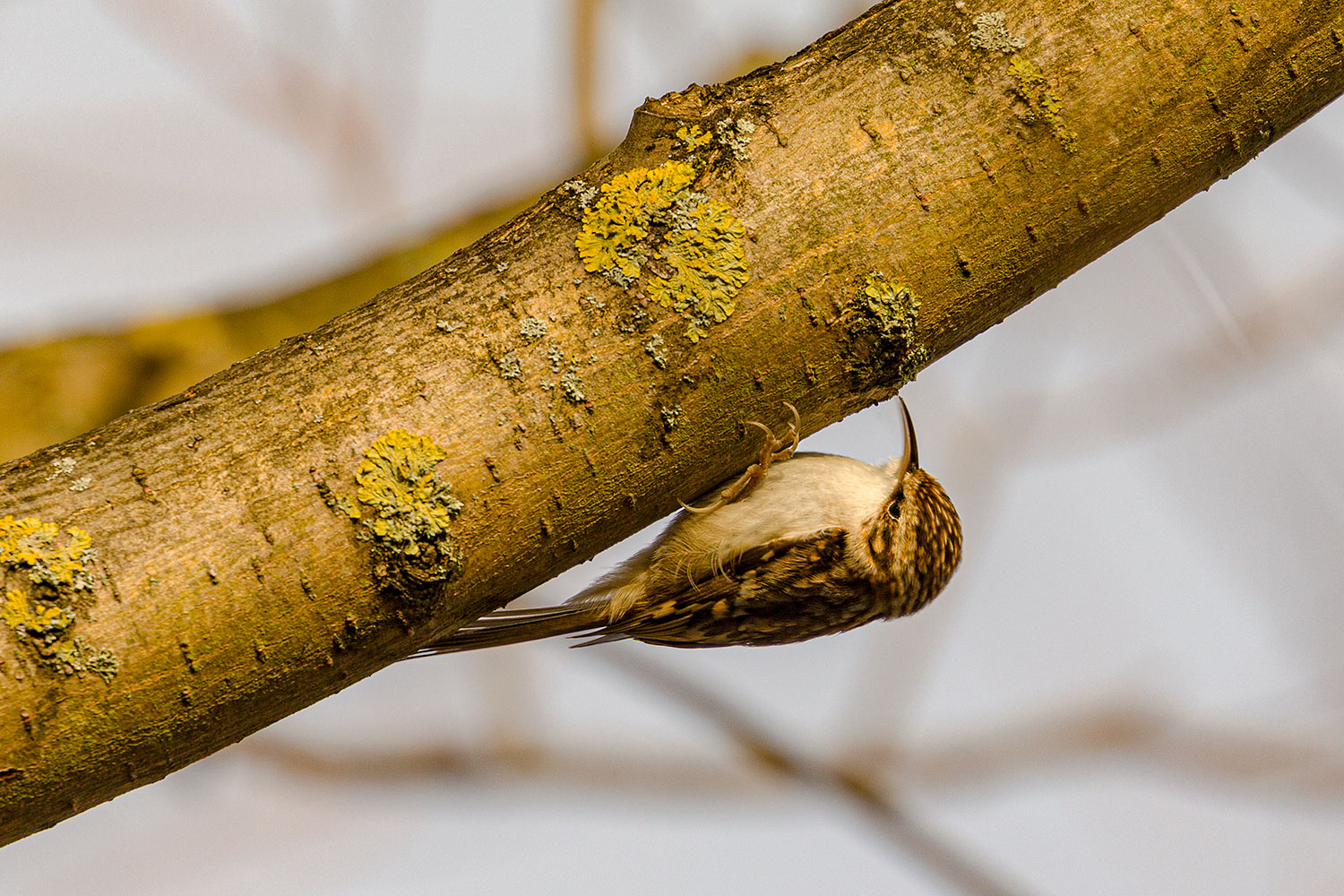 Went along to the Edinburgh Botanic Gardens today - it's within range for taking local exercise. I had a look for the kingfisher that is there just now - my mate got a really good shot of it on Monday.

Started at the Chinese pond – largely frozen, with a few clear patches. No sign of KF. Went to the big pond – west end. No sign there. Went on round and stood on the lower down bridge of the stream flowing into the pond… and the KF flew straight up past me!! I tried to work my way up the stream. Got to the first good access point and stood there for a bit, looking up and down. No sign of him. Then there was a splosh! – and it was him, right in front of me! He must have been on a branch on the tree across from me, which is quite densely covered in lichens, so I wasn’t seeing him until he dived. But when he came up from his dive, he didn’t go back to where he had been (probably because I was so close to him) – he flew further up towards the rock garden at the top of the stream. There isn’t much for him to perch on up there, but I went on up. The one-way system they have in place for covid makes you go out and wide and round to get up, so you are away from the stream as you go. When I got up to the top, there was a woman with a baby in a pushchair there. She asked me if I was looking for the kingfisher. ‘Yes’, says I. ‘He was here a few minutes ago’, she says – ‘flew back down though’. Aargh!

Well, I searched and searched up and down between the pond and the rock garden after that. Never got another look at it! (Good exercise, though!)

I kept hearing long-tailed tits, but not seeing the wee b*ggers. So, my grand total for the day was a fleeting chance at a male bullfinch. Needed a heavy crop and it was high ISO (4000) or nothing, given the light levels in the shaded area he was in. Still, it was a cracking day to be out - cold and crisp and sunny and still. 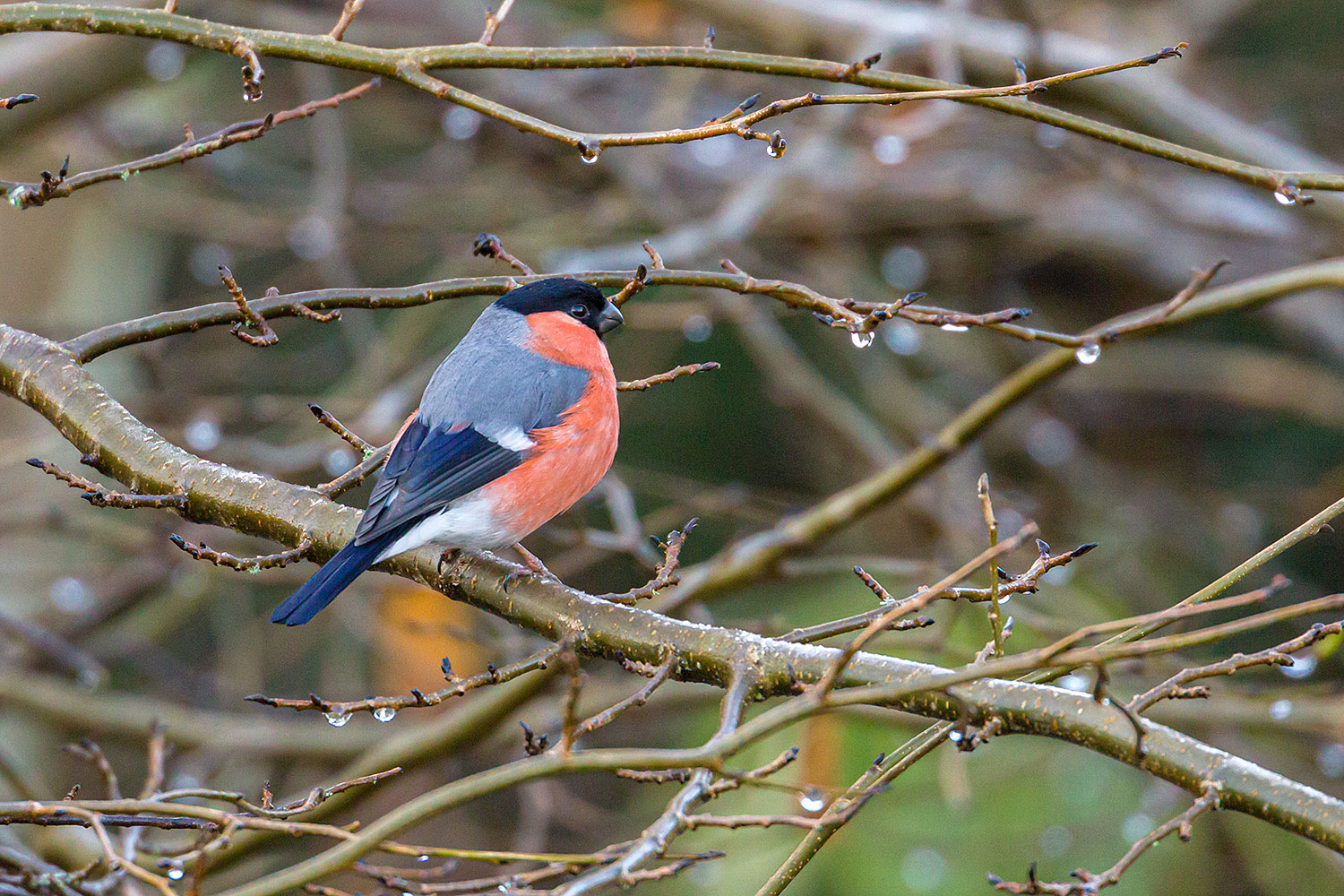 Hopefully get a chance at the kingfisher next time....

That’s a great shot, looks more like a Siberian bullfinch, breast is very red and looks a bit bigger?

Cheers - I think it is just a regular Edinburgh bullfinch. Looks like all the others we get around here!

Hardrar said:
One of the hardest birds to get a good shot of on a dull day- never stop moving! Regular in our garden and breed in our trees.

Bit of a fluke this one, dark phase Barny, out hunting, kept me company for over two miles, looks like a Christmas card or oil painting?
There’s nowhere quite like the Yorkshire Wolds in mid Winter, reminds me of the snow we used to get, half the villages’ houses were abandoned, as you got snowed in for 3-4 months commonly, local RAF Air Sea Rescue used to drop food parcels twice a week. If you weren’t farming or in an ancillary trade you didn’t live here. Local Lads struggled to find a Wife as, the Winters used to be harsh- Snowdrifts were still common in July from the previous Winter.
One of the lowest population densities and tree populations in England still. Highest barn owl, and Brown Hare population in England. Saw five barnies on the way home tonight and common to see 200+ Brown Hares in February, in one of the big fields, which can be 2-500 acres a piece. The field this one flew along is 1- 1/4 miles long, but only 120 yards wide.
The North South Grass baulks pre date the enclosure and all are grade one listed. Some are three chain wide and are still common land and untouched, why the Owl and Brown Hare population is so high still, as are both short eared and long eared owls- saw 7 short ears on one baulk a few years back, hunting on a Winters afternoon. We occasional get the odd Gyr come, if the weather gets harsh, would be nice to see proper Winters here again.

Used to get a barn owl out in the morning on the pheasant shoot... 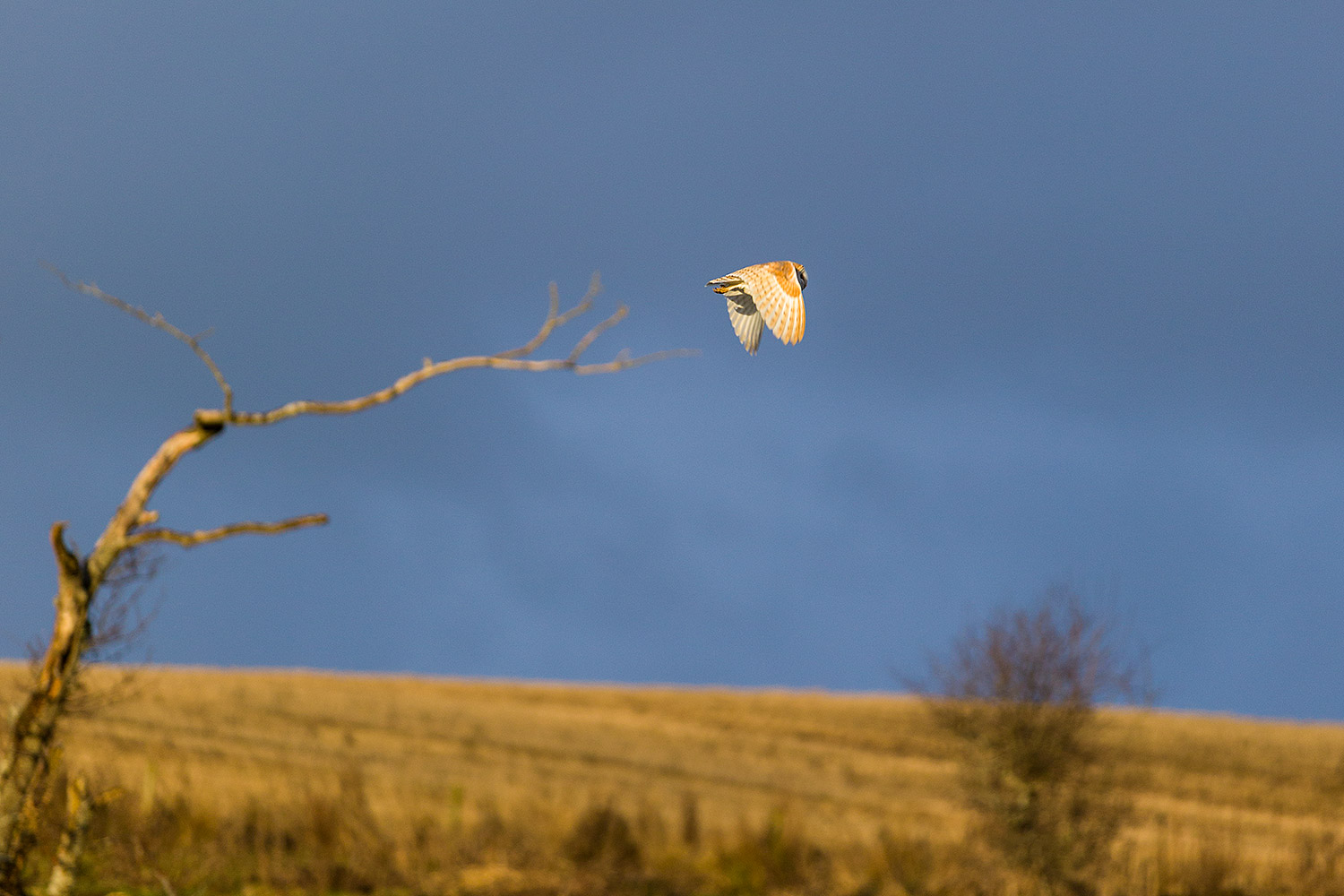 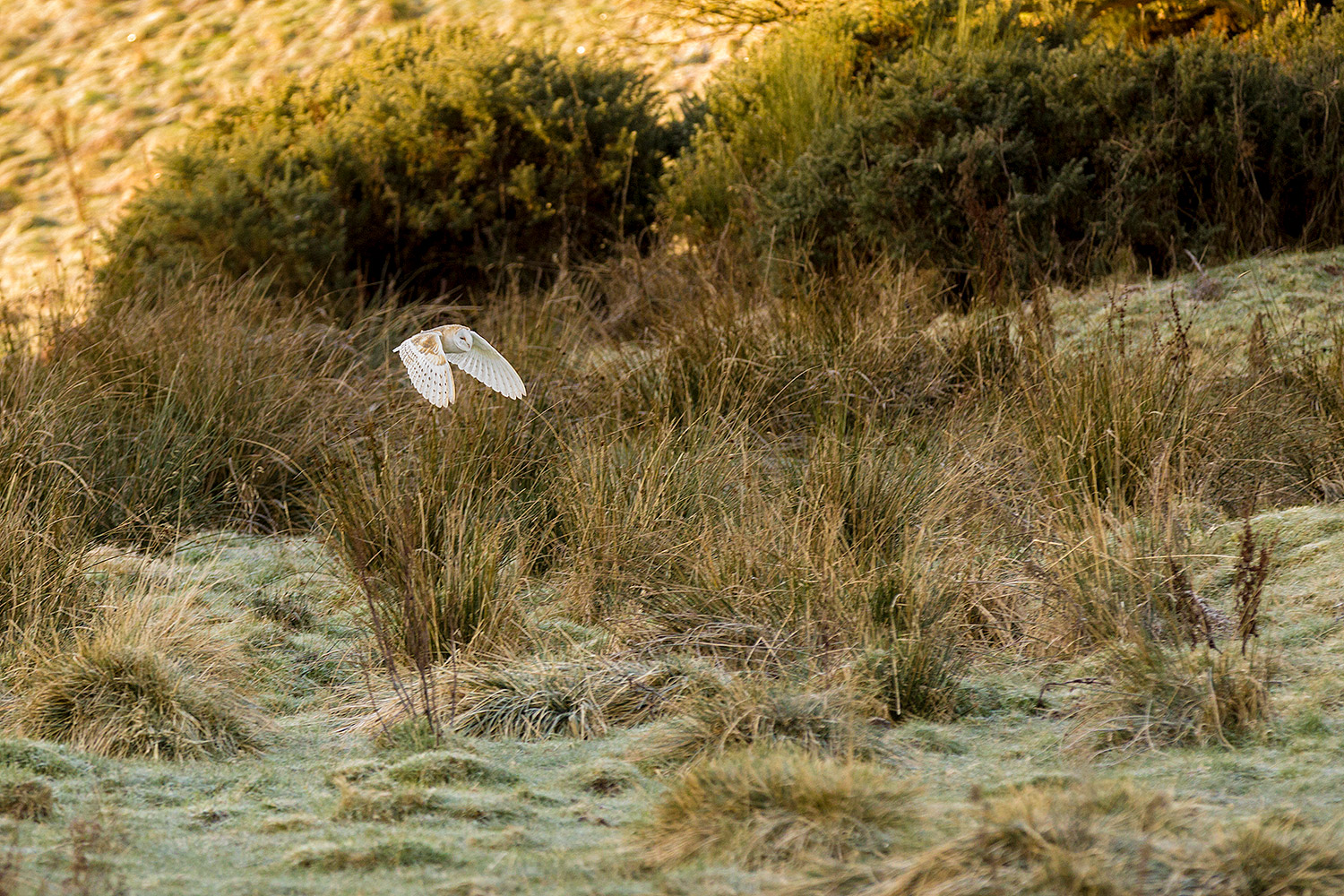 Awesome birds, have thought of running a captive breeding program when I retire, to supplement the Wild population, as they are easy to keep and breed. They suffer in harsh conditions and Buzzards prey on them a fair bit!
Brilliant photos thanks, they can go from deep golden ochre to pure white in colour - very variable plumage.
Last edited: Feb 9, 2021
A

Capn, there's a kingfisher I see regularly on the WOL at the bottom of Logie Green road.

alibongo said:
Capn, there's a kingfisher I see regularly on the WOL at the bottom of Logie Green road.

Thanks - I was told about that pair - they were nesting there. Not gone looking for those ones with the camera, but have seen kingfishers upstream at Bonnington. There are lots of urban kingfishers in Edinburgh - including at the Figgate Park In Portobello. The easiest to get with the camera are the ones in the Botanic Gardens, as they are only ever going to be in a couple of places. This one was at the 'Chinese Hillside' pond... 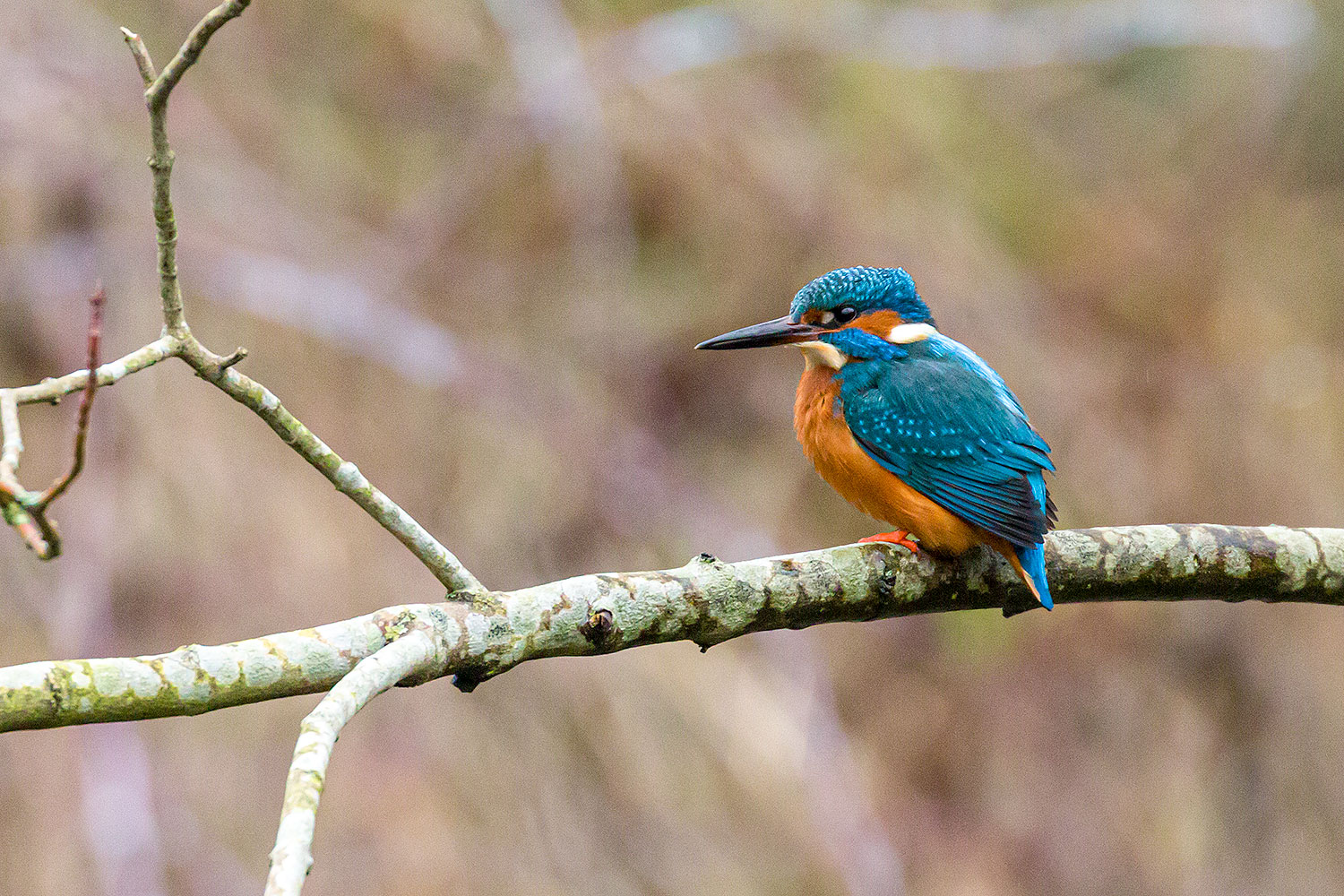 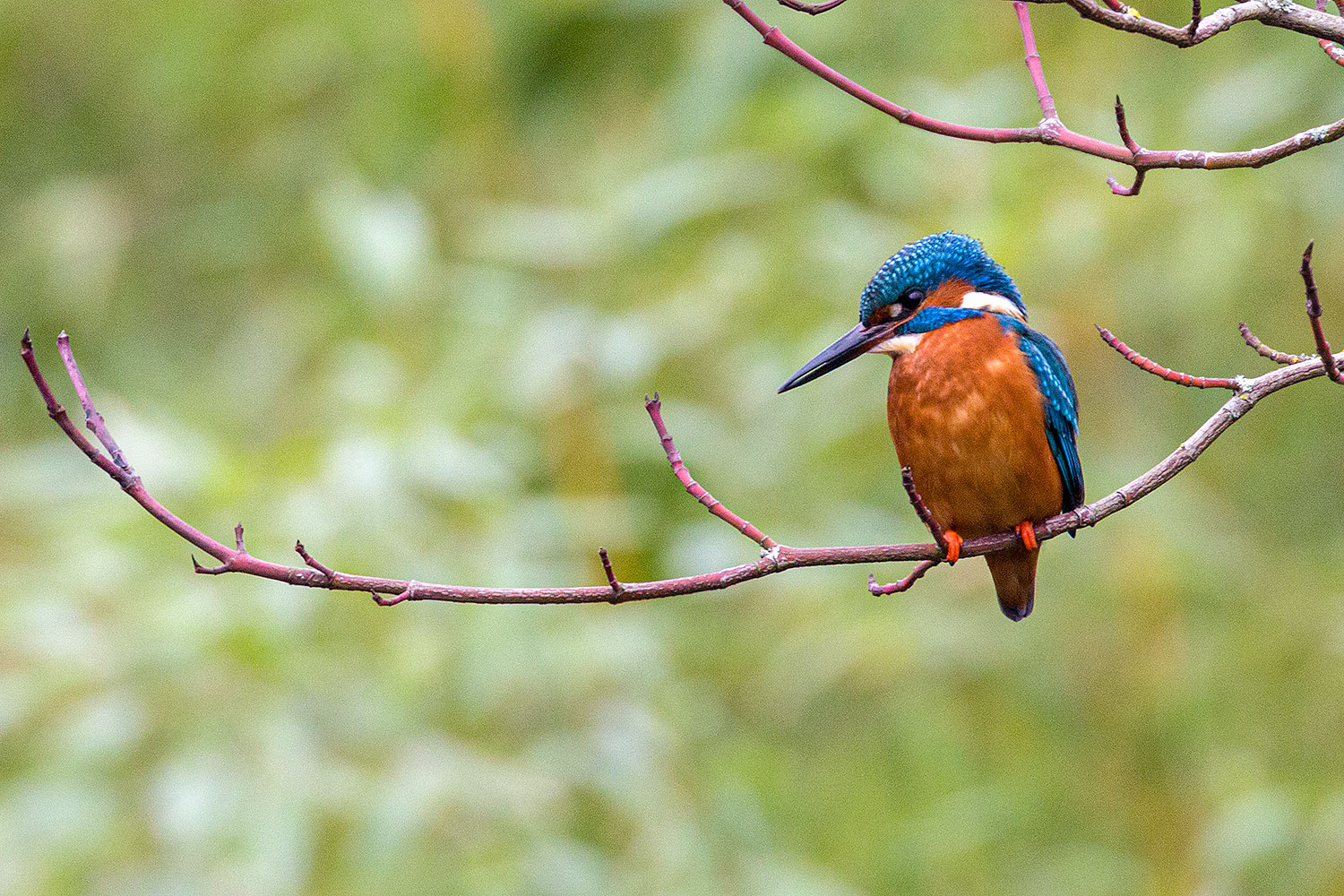 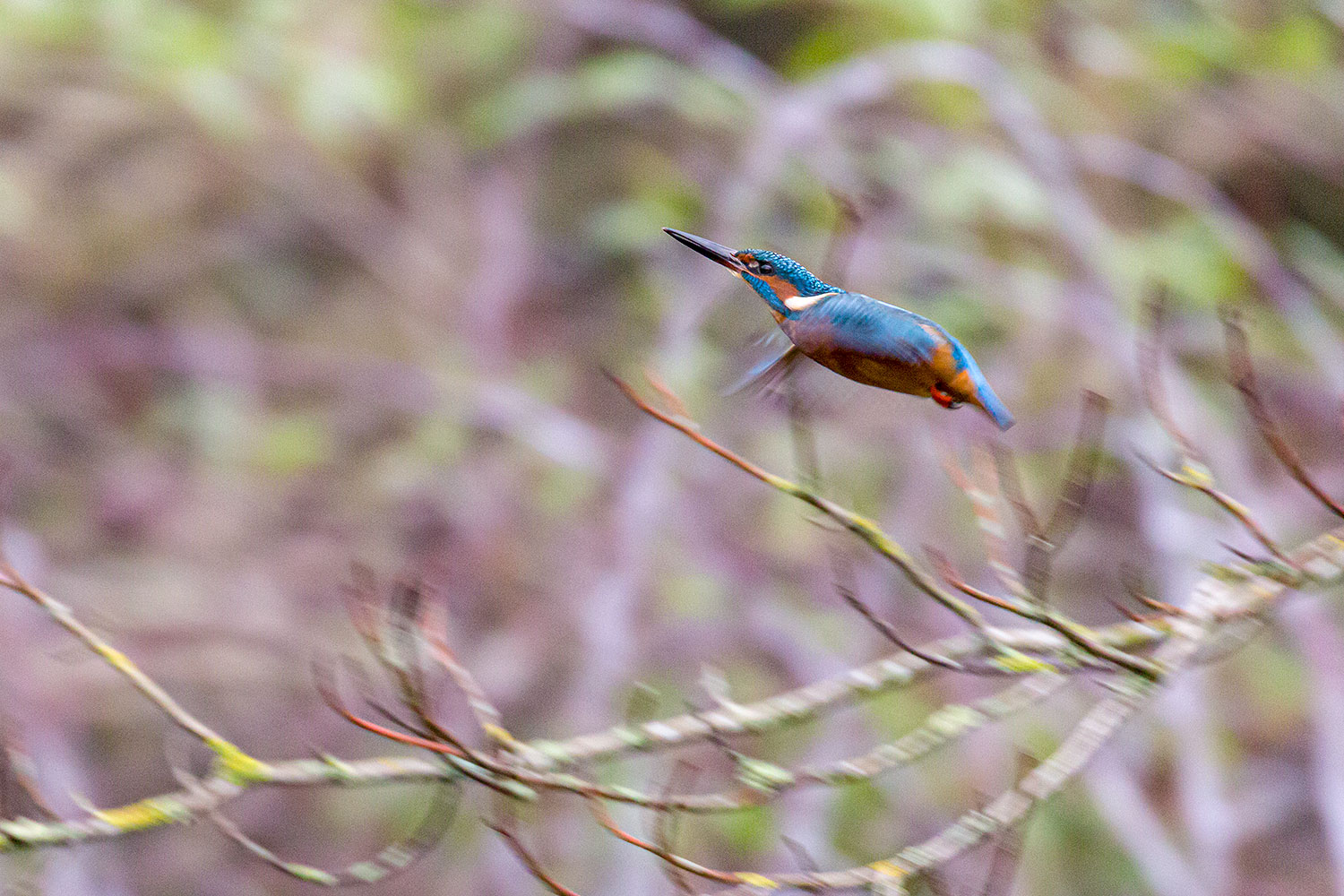 Took the camera with the big lens on my daily walk today - hardly had a bird photo from the path for several months. It was a good decision. Got some redwings - the first I have seen all winter! Also heard a bullfinch, and managed to track it down and get some shots. Also, a hen blackbird came to investigate me! Came closer and closer - and I could see it was me she was interested in. Maybe she associates folk with cameras as having food to draw them in? She ended up so close, I had to turn the camera to portrait orientation to get her all in the frame! Also got a pair of goosanders and a couple of mallard on the WoL at Bonnington Weir.

I know the robins in the Botanic gardens are tame enough to take food out your hand... and plenty folk train the ones in their gardens to take food from the hand... but what about in a wide open public space? I was making my way along a quiet bit of the path when I spotted a young lass kneeling in the snow with her phone-cam in one hand and the other held out with peanuts in it. I realised what was going on, so I stopped a safe distance away and trained the camera on her hand. She spotted me and we started chatting about what was going on... sure enough, there was a robin in the bushes and she was tempting it to come and take a peanut from her hand. He was fairly cagey, but he did come and take from her hand a couple of times. I got a couple of decent shots of it in 'hover-mode', but unfortunately, every time it landed on her finger, it had its back to me. My best shot on a technical level is one looking right up its arse!

Anyone ever see that with robins away from places where they get trained to take food from the hand? 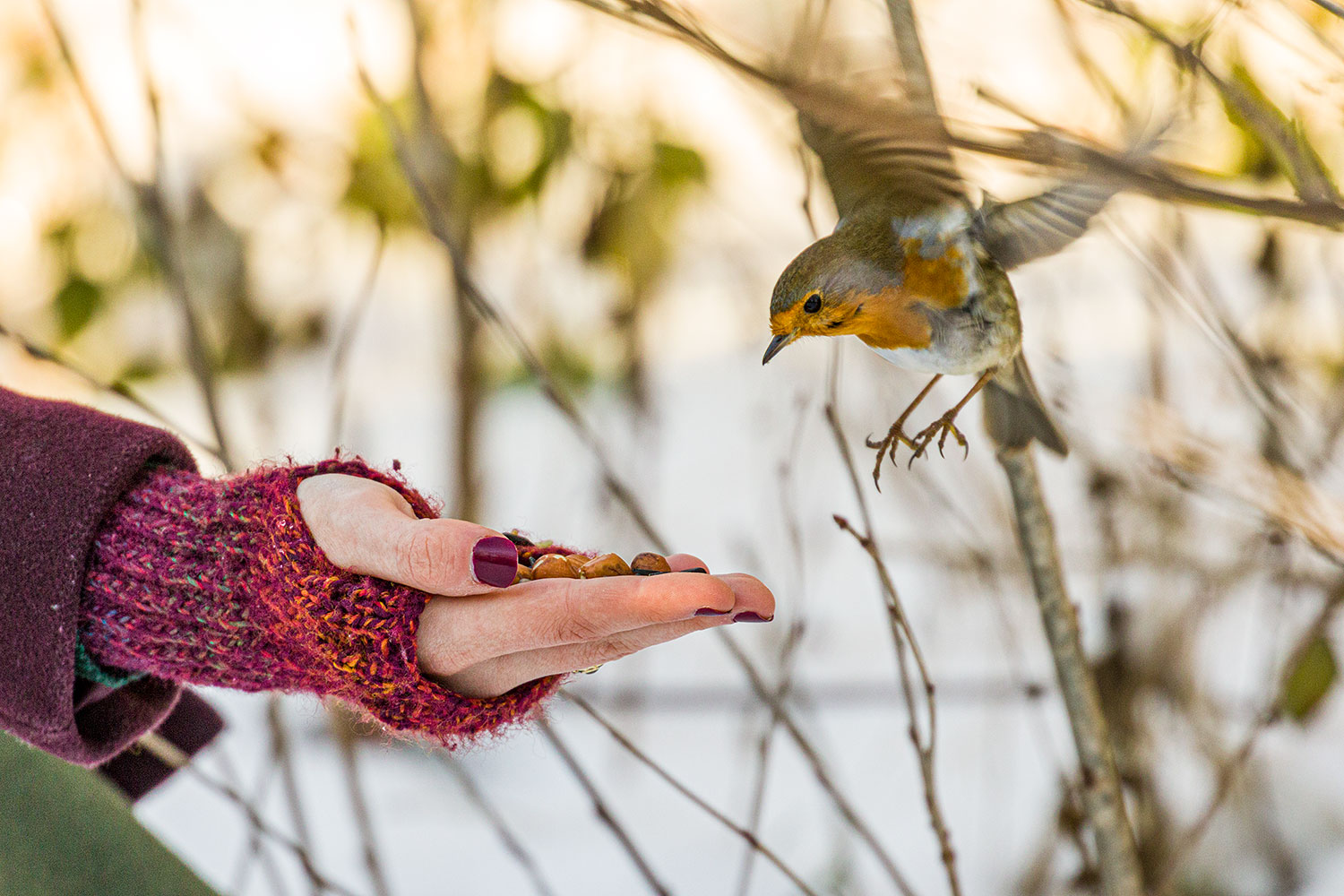 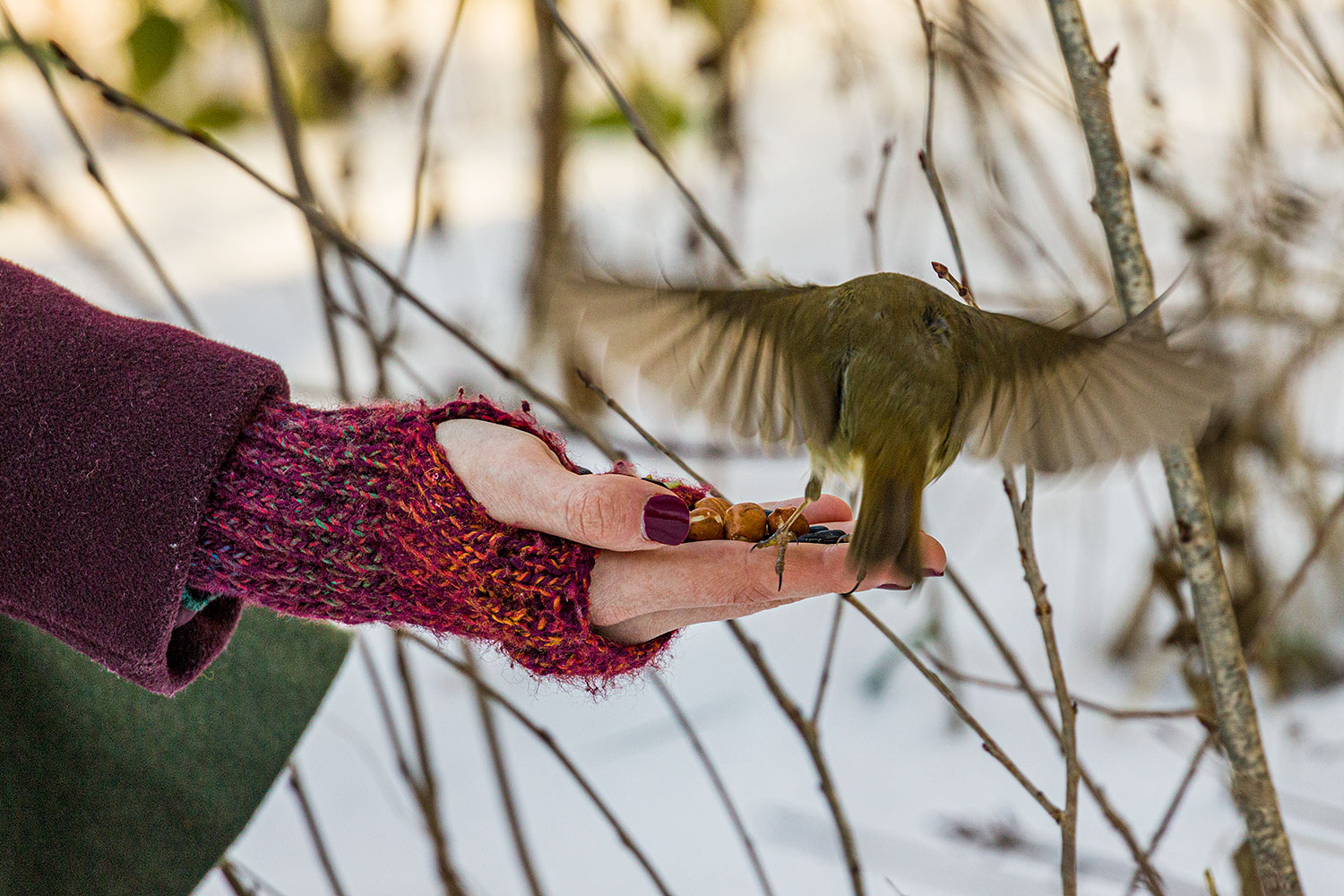 She was an enchanting young lass - foreign accent - said she was an artist and loved nature. I told her about the otters on Dunsapie Loch. She gave me her email address so I can send her the photos I got of her with the robin.

Bit far off, regular visitor to the beck at the bottom of our garden- the most Northerly chalk stream in Britain, a pair Winters on the beck