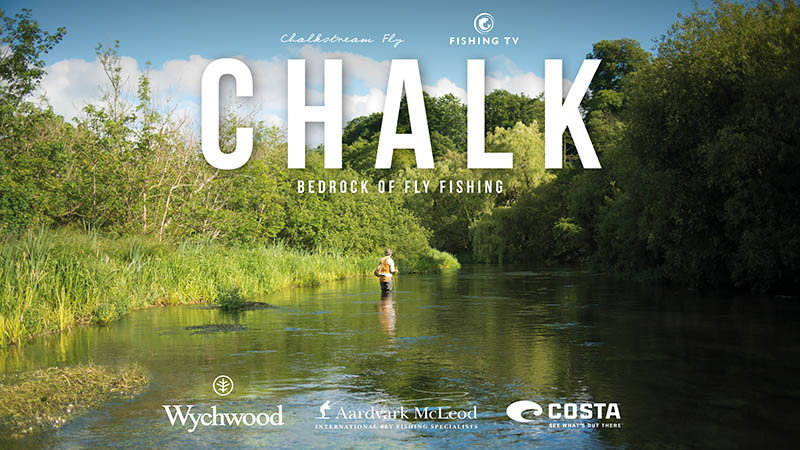 We meet the people who continue to fish and care for these storied rivers, while learning about the techniques that Halford, Skues and Sawyer invented. In addition to visiting the famous rivers and beats, we also travel to some lesser-known rivers.

CHALK was created by FishingTV, independent filmmakers aka Chalkstream Fly, and fly fishing writer Simon Cooper. Members of the international fly fishing community helped to fund the production, setting CHALK apart from other films about the sport.

A must-watch for all fly fishers the world over.“

It is fair to say that compared to other fly fishing centres like North America, South Africa and New Zealand, we here in the UK have been relatively under-served in terms of quality homegrown feature-length fishing filmmaking talent until recently. Matt Dunkinson, Carl & Alex Smith, Jonathan Tomlinson of Smokin’ Drag Productions and a few others have led the way, but now I am glad to say we can add Chris Cooper and Leo Cinicolo, collectively known by their moniker of Chalkstream Fly, to the list. 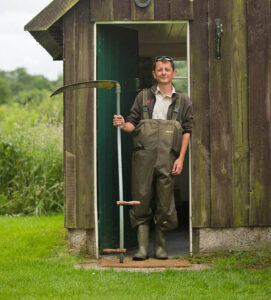 CHALK – The Bedrock of Fly Fishing runs for just under an hour and half so you need to set aside some proper time to sit down and enjoy it properly. As it is exclusive to the Fishing TV platform, you have the option of watching it online via your computer or tablet, or viewing it on, or streaming it to, your big screen TV if you have that capability which really makes the most of showcasing the quality of the filming and locations covered.

More a documentary than out and out fishing action, CHALK captures the history of England’s famous and revered chalk streams (as well as some not so well known ones), the birthplaces of traditional dry and nymph fly fishing techniques, the characters who influenced these techniques, up to the modern day riverkeepers who look after these hallowed waters, as well as gathering thoughts from several guides and anglers who explain their passion for fly fishing there. 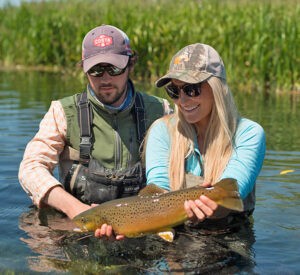 Will Robins and Marina Gibson on the Driffield Beck

Apart from the well-known waters of the Test and Itchen catchments, CHALK also goes east and north stopping off at London’s wonderfully restored River Wandle on the way, then looking at Norfolk’s chalk streams with nice insights from local author and historian Terry Lawton, and broadcaster, journalist and one of the original founders of the Wild Trout Trust, Charles Rangeley-Wilson. They then finally move on to Yorkshire’s Driffield Beck with riverkeeper Will Robins, where he and angling personality and guide Marina Gibson explore this most northerly example of a chalk stream.

There is some lovely camerawork capturing the locations, fishing action and wildlife that is shown, including some spectacular drone footage which really shows how the rivers meander through the landscape, but also with many nice short pieces to camera from the anglers and personalities involved which add the human element. Another nice touch was to show how a class of schoolchildren are being introduced to river wildlife and fly fishing down at the Broadlands beat of the River Test and how they are loving it – a great initiative. 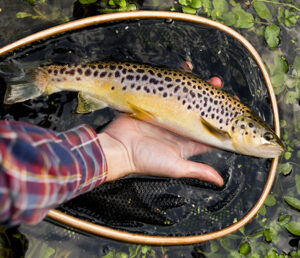 Personally I would have liked to have seen something more about the history of the Hampshire chalk streams and how they were managed and engineered with regard to the water meadow systems, particularly as this is pretty key to how they look today in many places. There are also a couple of attempts at some above/below surface underwater footage which didn’t quite match the quality of the rest of the filming I thought, but overall these little niggles are easily outweighed by the quality of the rest of the film and the enjoyment it brings.

Congratulations to the filmmakers and all the Fishing TV team on a very enjoyable film and a fine effort. Even more so as the funding of the film came largely via an online Kickstarter campaign which shows there is an appetite for this type of film to be made. It’s hard not to start dreaming of the new river fishing trout season to come after watching this!

How to Watch CHALK – The Bedrock of Fly Fishing

There are many other shows and channels of fishing entertainment to watch also as you will see from their homepage at https://www.fishingtv.com. You can follow the “SIGN UP” link from the menu there.