I've been experimenting with using the colour-picker in Photoshop to sample colours and give me the CMYK coordinates. Then use the CMYK (cyan-magenta-yellow-key) ratios to make up a dye mix and try it to see if it gives a similar colour. It's a bit hit-miss. A lot depends on the strike rates of the dyes, and yellow tends to strike faster than magenta. I've done some things with a yellow-magenta mix and ended up with a yellow material and a bath of magenta water. However, some things have worked well. The K for key is for grey to black, and I am finding blue dun gives a nice grey with a blue tint, while iron blue dun gives a nice grey with a red tint. In CMYK, olive is 100% yellow/50% key, so if you dye a cape yellow and overdye it blue dun/iron blue dun, you get olive and if you increase the duns or switch to black, you get sooty olive.

I suspect that complex combinations really need to have all 4 values at less than 100% to get good results. I had a try at one today. I attempted to make kingfisher blue using a live kingfisher and Photoshop.

First step was to photograph the kingfisher. Fortunately, I managed this in the local Botanic Gardens a couple of weeks ago... 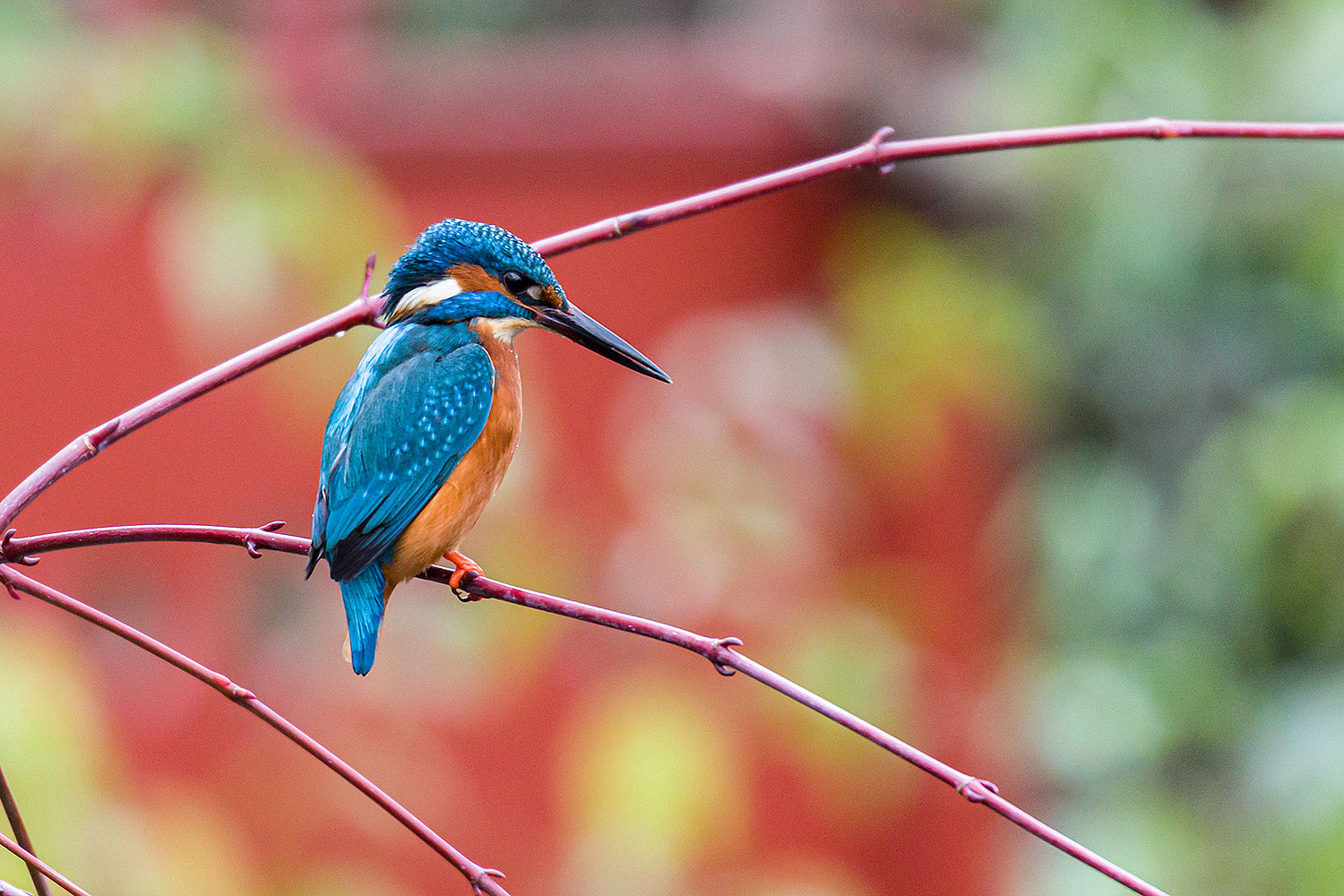 Nick of time, as he disappeared a couple of days later.

Next step was to go into Photoshop and hover the colour-picker over a nice even bit of blue plumage. I used his secondary wing feathers. That gave me values of:

Next, I took a piece of sample material - white trilobal nylon top. I weighed it and then weighted out 3% w/w of the dye mix. I put them in a pan with half a pint of water and half a tablespoon of vinegar and stirred until the nylon had taken up nearly all the dye. The water cleared fairly well, leaving a bit of a mauve tint, suggesting as usual, the magenta was the poorest at striking.

I took the nylon out, gave it a rinse and a squeeze-out of the water (it's practically dry after a squeeze) and took a photo... 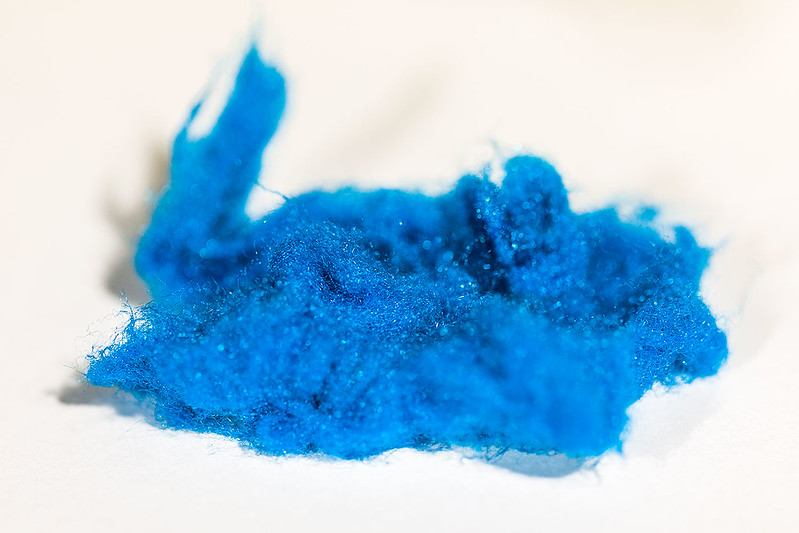 That's marvelous, Col. To my eye/screen you've caught the lighter blue on the tail spot on. I'd love to see/try some Donegal Blue/Muddlers with that body!

Dyeing isn't something I see myself dabbling in (presently) but I wonder if you or another member has done a basic sbs to encourage others into the dark art? If not, I don't know anyone better than your good self to do it.

Lewis Chessman said:
I wonder if you or another member has done a basic sbs to encourage others into the dark art?
Click to expand...

Yes, there is, James. It was done by Alex F, as 'Midlander'. It is very comprehensive and gives all the info you need to set about it. It is on here somewhere, if you can find it.

Very interesting Col. Thanks for posting.

That's the one! Thanks for digging it out.

there was a very comprehensive article in a 1980's T&S, it was the first time I heard about using Hairconditioner after washing and dying, easker1

easker1 said:
there was a very comprehensive article in a 1980's T&S, it was the first time I heard about using Hairconditioner after washing and dying, easker1
Click to expand...

Yeh - I use that trick on deer hair - it's a good one. Thanks for reminding me - I will need to point out to RichFish when I send him the blue deer hair he ordered... don't worry about the fact it smells of coconut! It's bounty! (Scottish joke there )
E

well it could smell of gorse you know theres another old trick about Brassing off game hackles by leaving them in the sun, easker1

easker1 said:
well it could smell of gorse you know
Click to expand...

Same thing isn't it? Gorse smells of coconut? Must be some oil they both produce? :noidea:

Rich's deer hair smells of Alberto Balsam 'Coconut and lychee' conditioner! But to be honest, I can't detect the lychee in there. It's pure coconut.

Meanwhile, I came across this - an earlier attempt to identify a colour from nature...