scobo said:
Opportunity of a lifetime Col ......
Click to expand...

What about a monkey for 5%?

Cap'n Fishy said:
What about a monkey for 5%?

Deal !
Cannae be àrsed with haggling.

Unfortunately I can't see the prices of batteries coming down. The huge demand for Lithium for automotive batteries will only increase and so will the value of the raw materials needed to make them.
The countries that have reserves of Lithium ore will soon be able to name their price I reckon!
Having said that, battery technology is moving fast, who knows what chemistry will be used in the future?
So - go out now and buy your batteries as a Xmas present to yourself, I think the price will stay steady or go up!

franticfisherman said:
Having said that, battery technology is moving fast, who knows what chemistry will be used in the future?
Click to expand...

Was Startrek's USS Enterprise and it's di-Lithium crystal power a lucky guess in 1966, or did someone know something?

You're barking up the wrong tree Cap'n. Dilithium is only found in a galaxy far far from here.

franticfisherman said:
You're barking up the wrong tree Cap'n. Dilithium is only found in a galaxy far far from here.
Click to expand...

How did we get to it, in order to build the starships?

It was delivered by the Klingons of course! Probably came thru a black hole or summat like that!

franticfisherman said:
It was delivered by the Klingons of course! Probably came thru a black hole or summat like that!
Click to expand...

If I remember correctly, the Klingons were sworn enemies back in the 23rd century...

Wormhole maybe though but...

The Klingons were OK until captain Kirk called them a load of ugly b******s. Thats when the got the hump.

I prefer the Scottish version myself.

And there we were, thinking lithium ion batteries were smaller and lighter... 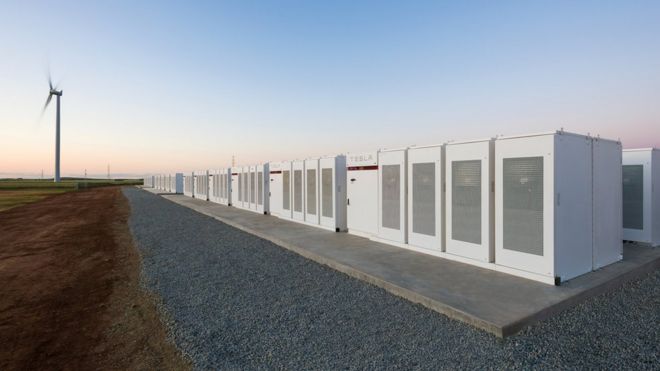 here's me wondering what the Hell lipos were , I still use my Halfords 70AH battery , it allows me to push a 15ft boat for a days fishing on a local loch, it was actually dearer than my Shakespear o/board , but it does me , easker1

easker1 said:
here's me wondering what the Hell lipos were...
Click to expand...

A lithium polymer battery, or more correctly lithium-ion polymer battery (abbreviated as LiPo, LIP, Li-poly, lithium-poly and others), is a rechargeable battery of lithium-ion technology using a polymer electrolyte instead of a liquid one. High conductivity semisolid (gel) polymers form this electrolyte. These batteries provide a higher specific energy than other lithium-battery types and are being used in applications, where weight is a critical feature - like tablet computers, cellular telephone handsets or radio-controlled aircraft.

... and now catching spare output from wind farms in Australia, thanks to the fragrant Mr Musk...

Just to update this thread, I had a bit of bother with my lipo batteries this year.
One of the 3 packs developed a bad cell although it still worked fine, just with a bit less capacity.
I left them in the garage for several months without checking them and now the bad cell has affected the other 2 packs as well. My own fault, should've replaced the bad pack straight away.

So I've decided to go a different route using 18650 cells mentioned earlier in this thread.
There's a few advantages to using these.
Each 3.2v cell can be replaced individually if required for around £3 or less each.
The total capacity can be upgraded easily by adding more cells.
The whole setup will be significantly cheaper than lipos which are hard to find in large capacities at a reasonable price.
I was looking at around £200 for a 40ah lipo setup whereas 18650's, which have come right down in price lately, will be just over £100.
18650 cells are also safer than lipo packs, less chance of causing a fire.

I'm going with a Vruzend kit instead of soldering the connections for each cell which will add a bit to the overall cost but save a lot of time and hassle. Also makes it much easier to replace a cell or upgrade the pack capacity.
Here's a shot of a small 12v 6ah pack I knocked up to test .... 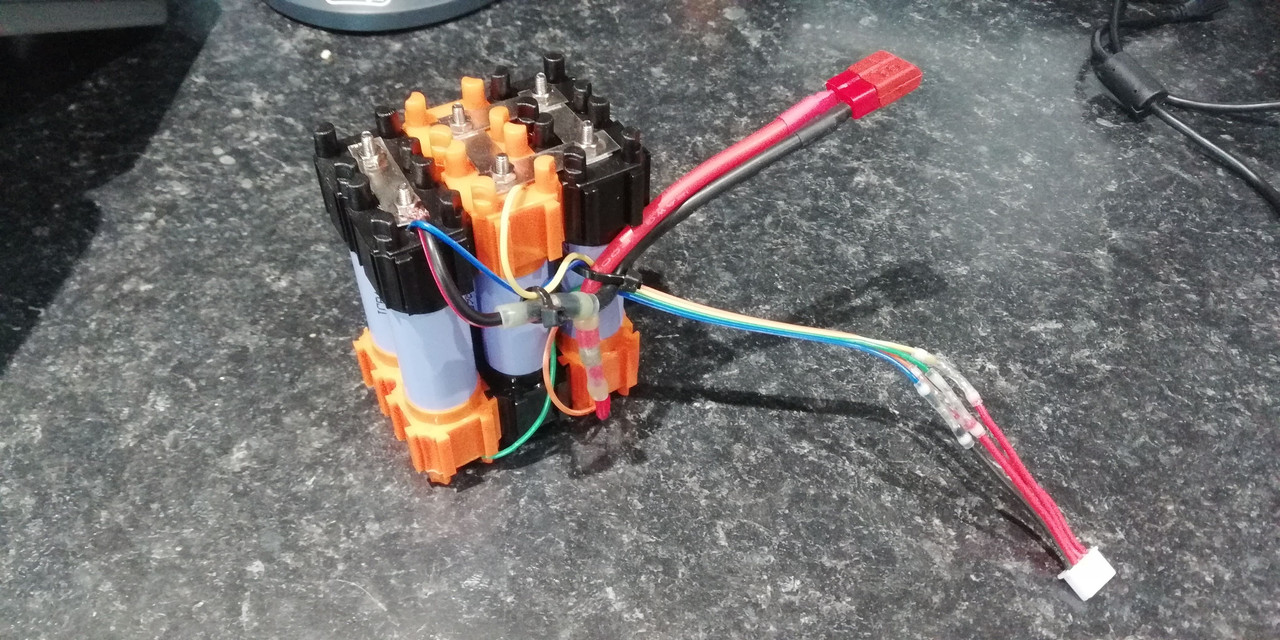 The wiring will need tidying up a bit but it works fine and charges with my imax b6 balance charger.
I've ordered more 18650 cells to increase the pack size to 39ah which will give roughly the same run time as an 80ah acid battery but will weigh only 2.5kg.
This'll be a straight swap for the lipos I was using and will fit in the same box ..... 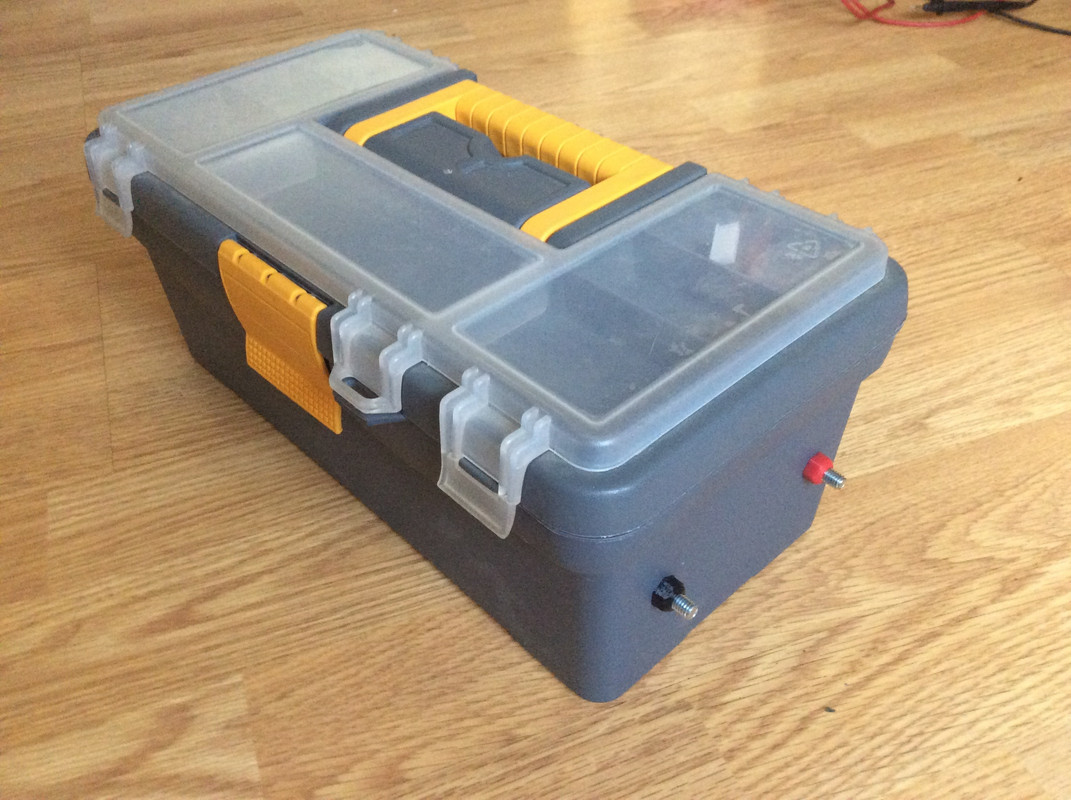 18650 batteries are the most common ones used for vaping . When they’re done most go to China for recycling where there’s no shortage of unscrupulous people who re-wrap them and put them back on the market. Apparently it’s a big problem. Id be pretty wary at buying “genuine “ batteries at that price.
Last edited: Oct 7, 2019

fruinfisher said:
18650 batteries are the most common ones used for vaping . When they’re done most go to China for recycling where there’s no shortage of unscrupulous people who re-wrap them and put them back on the market. Apparently it’s a big problem. Id be pretty wary at buying “genuine “ batteries at that price.
Click to expand...

Your right to be wary. Avoid anything with ridiculous claims of capacity like 9000mah and anything with "fire" in the name.
But stick to names like Samsung, LG or Panasonic and you should be good.
I ordered half a dozen of those from the same seller before ordering the whole amount I needed.
On checking the capacity with the imax b6 which displays the capacity as it charges/discharges, these are holding the amount as advertised so I'm confident they're genuine.
Last edited: Oct 7, 2019
F