Issued by the Angling Trust: 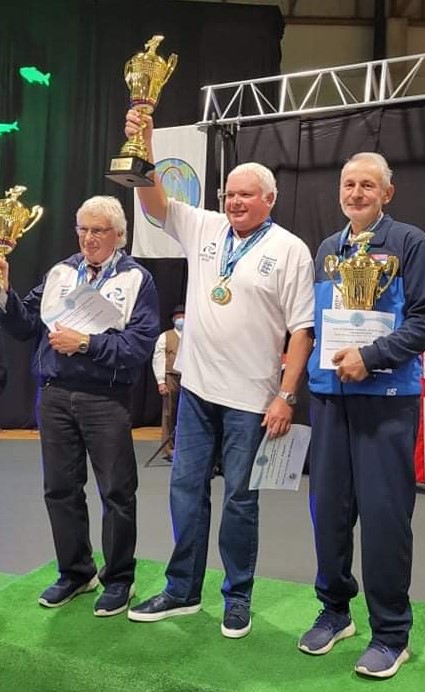 Mark Downes on the Podium with the World Championship Trophy and the Individual gold medal. To the left is Roger Marlow with his silver medal and to the right is 3rd placed Zagorcic Petar of Serbia

With an outstanding performance on day 2 of just 7 penalty points, England leap-frogged the other teams in contention to take an incredible Team Gold with 25 points on the River Sava, Slovenia. The team had two sections wins (Steve Sanders and Mark Downes) a second (Bob Nudd) and a 3rd (Roger Marlow). France were second overall on 30 points, with overnight leaders Hungary dropping to bronze with 37 points.
England’s Mark Downes section win with 6.694kg left him on a total of just 3 penalty points, giving him Individual Gold. Roger Marlow took Individual Silver, an agonising 68g away from the second in section that would have seem him pip Mark to the title on weight.

A massive congratulations to the whole Team and Management on a fantastic performance, and to Mark and Roger on their individual medals.
The Team comprised of:
Dickie Carr (Manager and Captain)
Kevin Folwell
Mark Downes
Roger Marlow
Steve Sanders
Bob Nudd
Alan Tunney 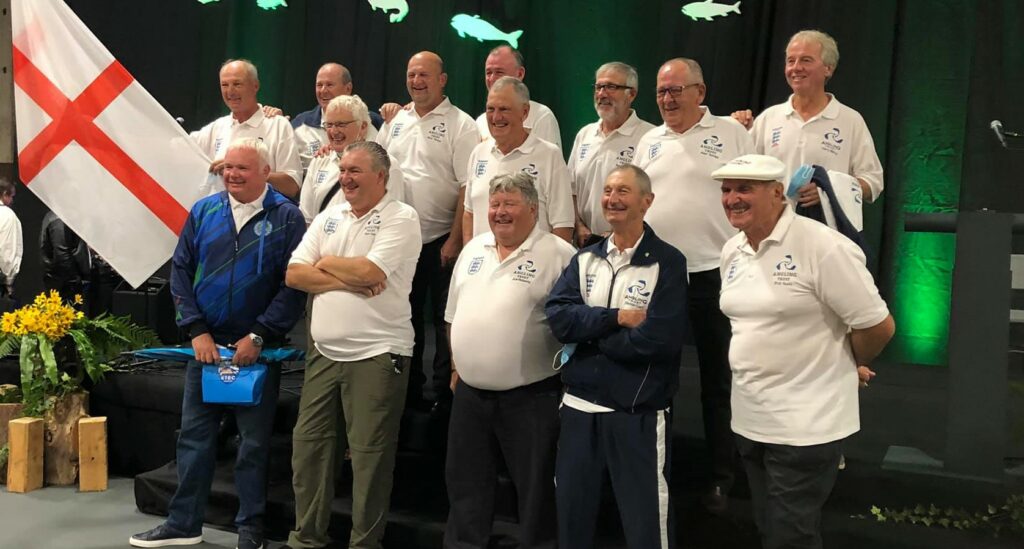 The Veterans Team, pictured here with the Masters Team who were competing out in Slovenia at the same time. The Masters came 6th overall after a difficult day 2, with two very poor draws, seeing them drop two places after lying 4th overnight. 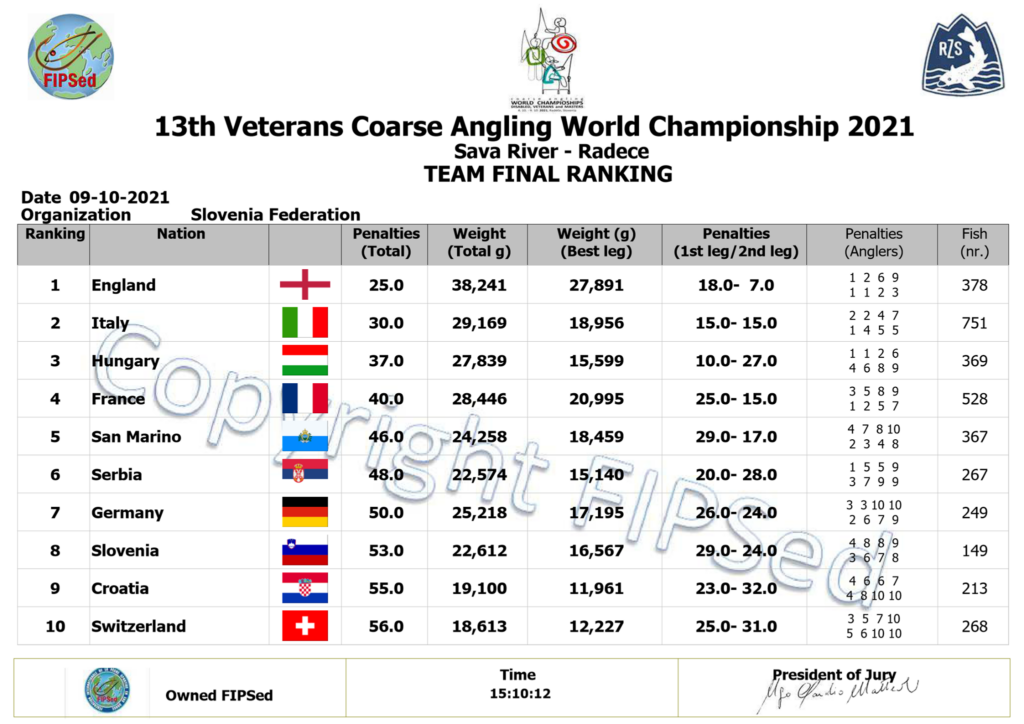 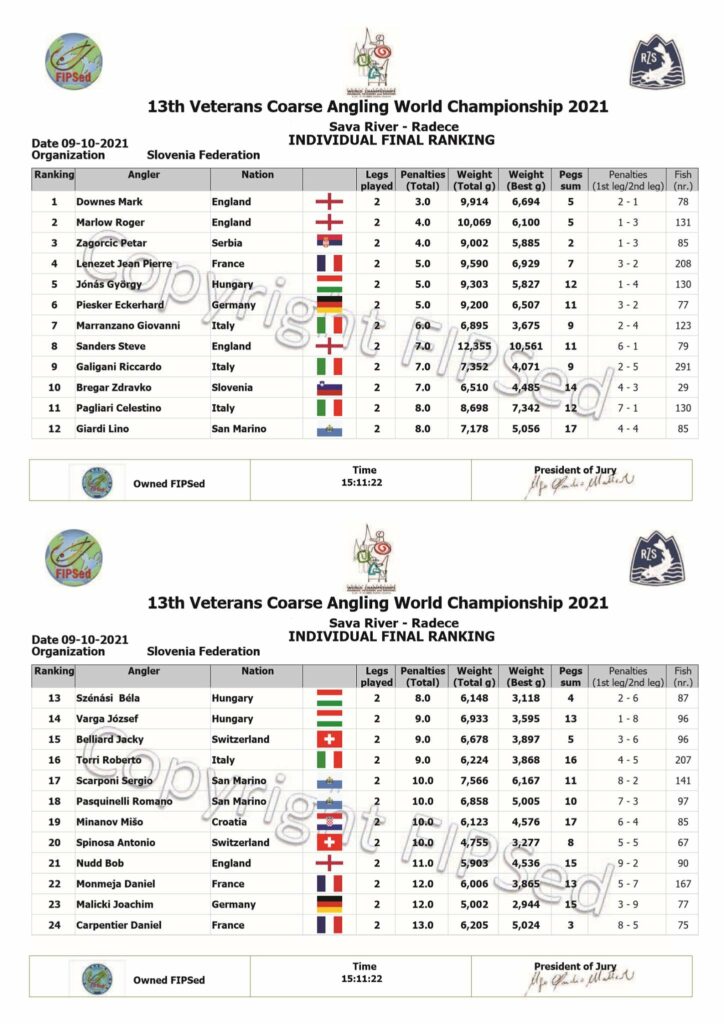