Published by Reed New Holland at £16.99 in hardback. 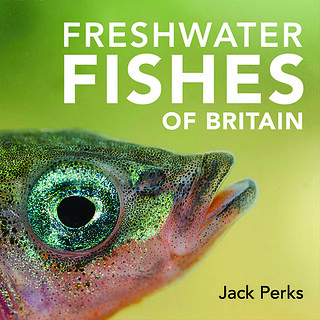 Jack Perks is a name you might well recognise, having been seen on Countryfile and Springwatch with his underwater filming and photography as well as organising the national search for Britain's favourite freshwater fish - which turned out to be the brown trout.

His mission though for a while now had been to document every native freshwater fish species in Britain with his cameras and in their natural habitat wherever possible. The result is the Freshwater Fishes of Britain, which also includes a few saltwater species that visit freshwater on a regular basis like our anadromous species such as salmon and sea trout, as well as bass, mullet and flounder for example. 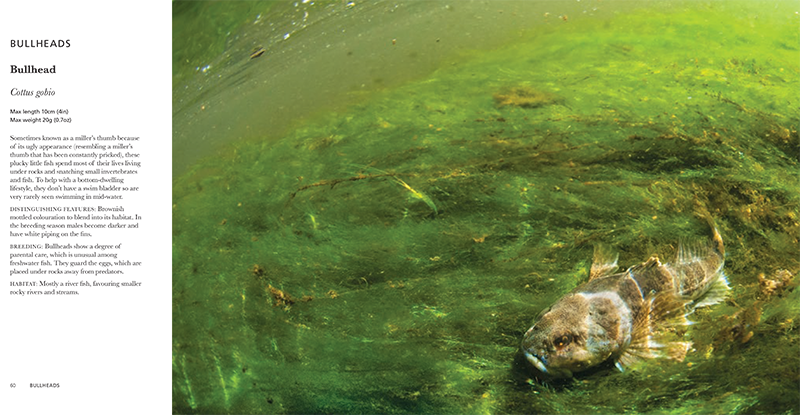 As anglers we all get to witness at least glimpses of the underwater world now and then but the images in this book give us a much better look at some of our favourite and lesser known species too, going about their daily business. Fascinating stuff and covering all sizes of fish from minis to monsters!

The photographs are accompanied by some facts and other notes about each species to add further interest and educate at the same time, although I must admit a couple of them were slightly different from my own knowledge like that given for the Bullhead, also known as a Miller's Thumb "because of its ugly appearance (resembling a miller's thumb that has been constantly pricked...)" My understanding was that this name was because a miller's thumb was usually broad and flattened, like the head of this fish, due to wear against the mill wheel. You can see these slightly different explanations have similar origins though and that is a very minor point in what overall is a very interesting and enjoyable book for any confirmed fish-o-phile.

Right at the end the author also gives us a list of collective terms for different fish species, such as a 'swarm' of eels, or a 'spread' of stickleback along with the more well-known 'pod' of grayling and 'shoal' of roach, etc.

For those species without a known collective term though he offers his own suggestions such as a 'swagger' of perch or my favourite, a 'snuffle' of barbel.
I wonder what you would come up with? 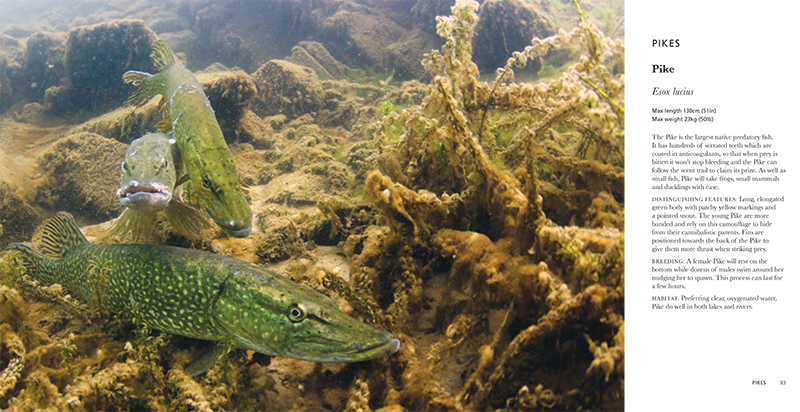 Being published in hardback there is a nice quality feel to this book making it a great present for anyone interested in fish, or even to try and get someone interested in fish in the first place. It has to be the only guidebook of its kind on Britain's freshwater fish and likely to remain so given the effort taken to put this together. Buy it if only to enjoy the photography and you won't be disappointed.

Special Member's Offer
Don't miss out on adding this book to your fishing library, especially as the publishers are offering YOU a special discount if you phone them to buy the book direct.
If you quote "FFB2" you can purchase a copy at £14.99 including free p&p (so that's £2 off and free p&p) by calling 01206-255777.
Last edited: Jan 4, 2017
You must log in or register to reply here.
Share:
Facebook Twitter Reddit Pinterest Tumblr WhatsApp Email Share Link