Published in: Members Articles
[h=2]Furrowing the Fly[/h]The beauty above was 17lb and caught furrowing the fly earlier this year.
Sometimes in fishing, things happen to you that only your mother would believe while telling the story. It's not until mobile phones came along that we had proof of dates and times. One such thing happened to me last year, 16th June to be precise. Having met up with one of my friends who is a fine angler, I had previously showed him a technique of furrowing the fly. Casting 90 Degrees letting the belly of the line do the work. If the water is slow give a little hand line pulling 6" of line at a time, slowly.

I knew there were five good pools on this stretch of water as I had arrived the night before and walked the river. In first pool, I saw 3 fish about one cast away from each other. Anyway we met up the next morning and I gave him first choice and he picked the 1st pool. I told him he'd made a good choice as I had seen 3 fish the night before and I hadn't fished them. So we parted and I fished the last pool, furrowing the fly. 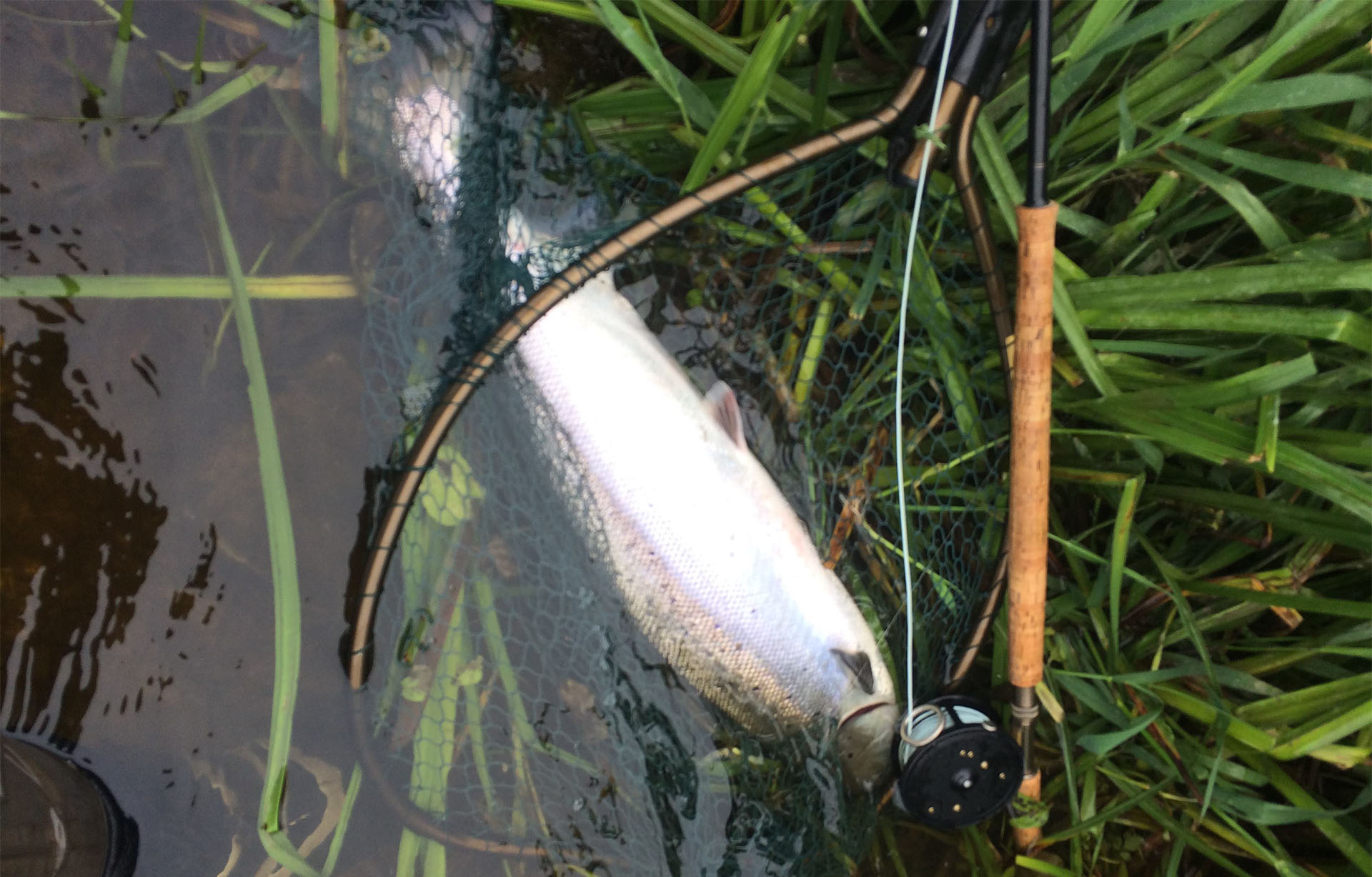 I got a bar of silver, 13lb and released.
We met for lunch and I showed my friend the photo. He had just got one to follow using his method casting 45 degrees and mending the line up river. A bit like myself, he just loves fishing and was happy to be there. At 13.15, we parted and he went to 3rd pool. I said I'd start at first pool bearing in mind my friend hadn't fished it for two hours. 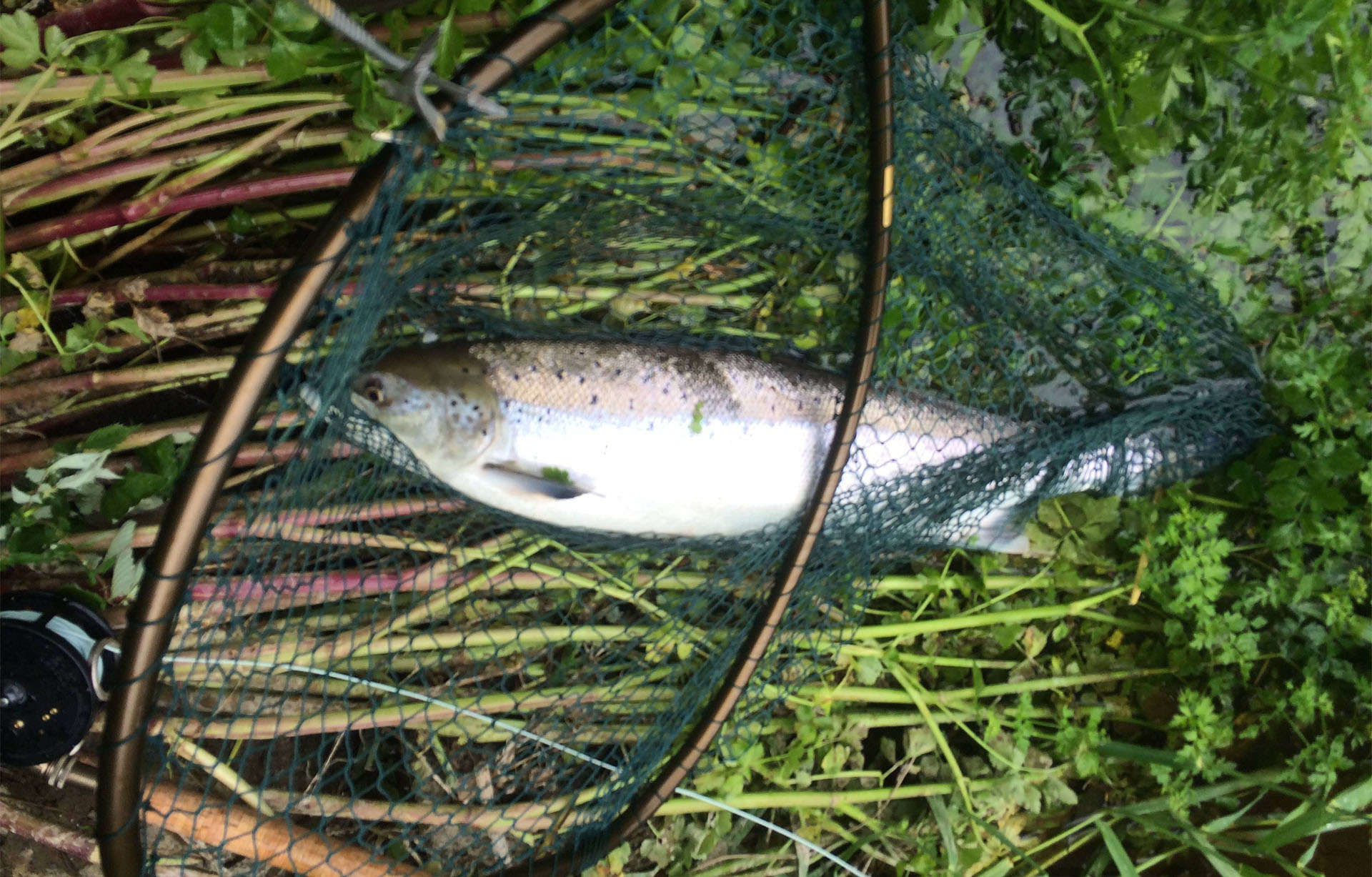 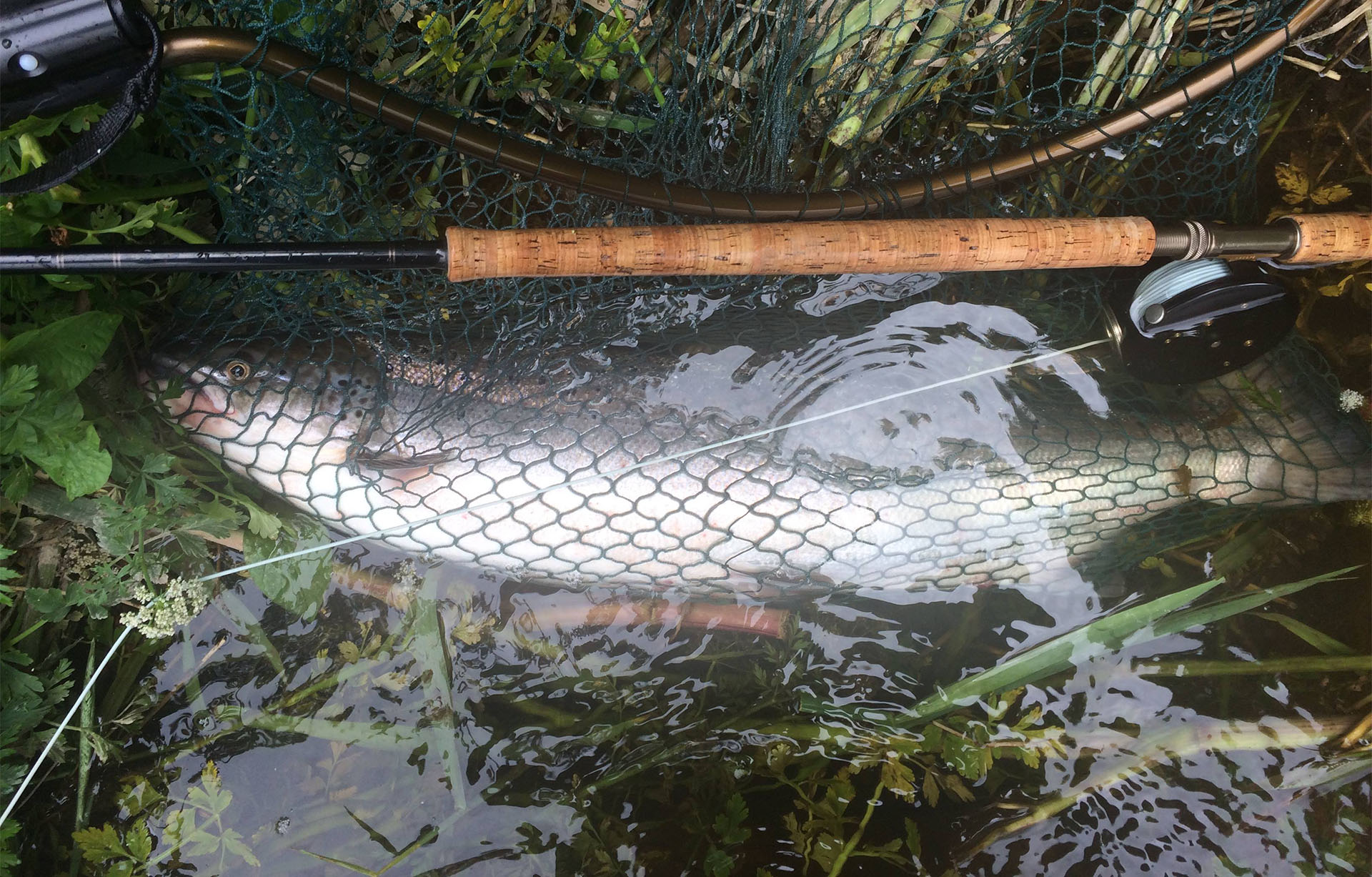 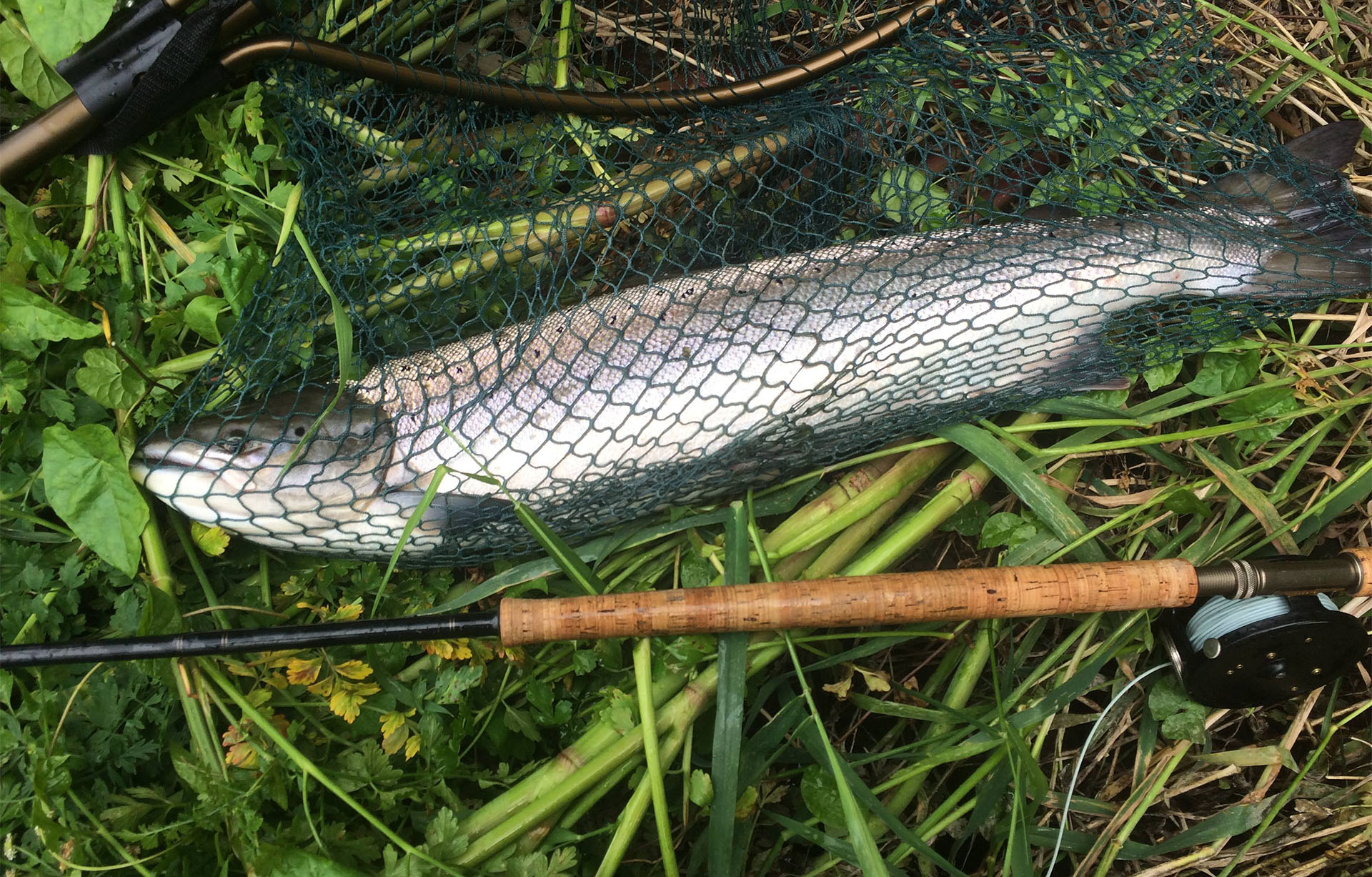 Then another 13lb fish at 14.32 (above).
When we met that evening, my friends jaw dropped when I showed him the photos and times. I'm not sure that he would have believed me if I hadn't got the photos with dates and times on my phone. But the day was not yet over.
Now people say you don't have to be a good caster to catch fish, I agree!! But in my book, it greatly increases your catch rate and technique. 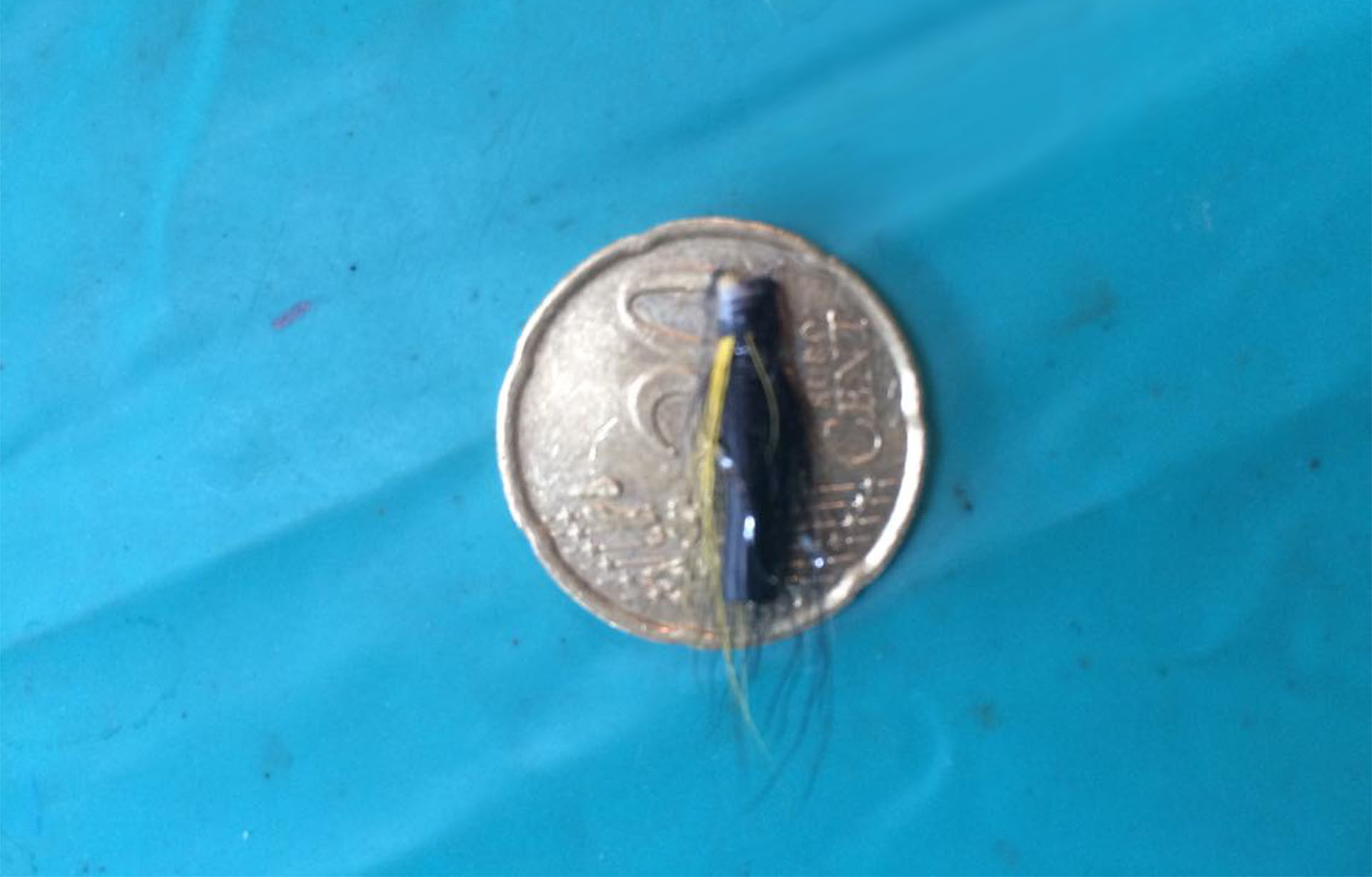 Small tube fly perfect for the job.
Setup. I use a floating line with an 8ft leader 15lb Maxima Greene with cone head 1" tube fly or Floating line with a 5ft intermediate poly leader, 6ft leader 15lb Maxima Greene with 1" tube fly.
P.s. My friend had two fine fish the following week, 9lb & 13lb furrowing the fly. Lesson learned, it pays to try different techniques!
If you would like a GAIA Instructor to help you put theory into practice, use Find An Instructor below to get in touch with your local GAIA instructor and have a chat about your requirements.
Enter a city, town, place or postcode into the box below to find nearby GAIA Instructors. 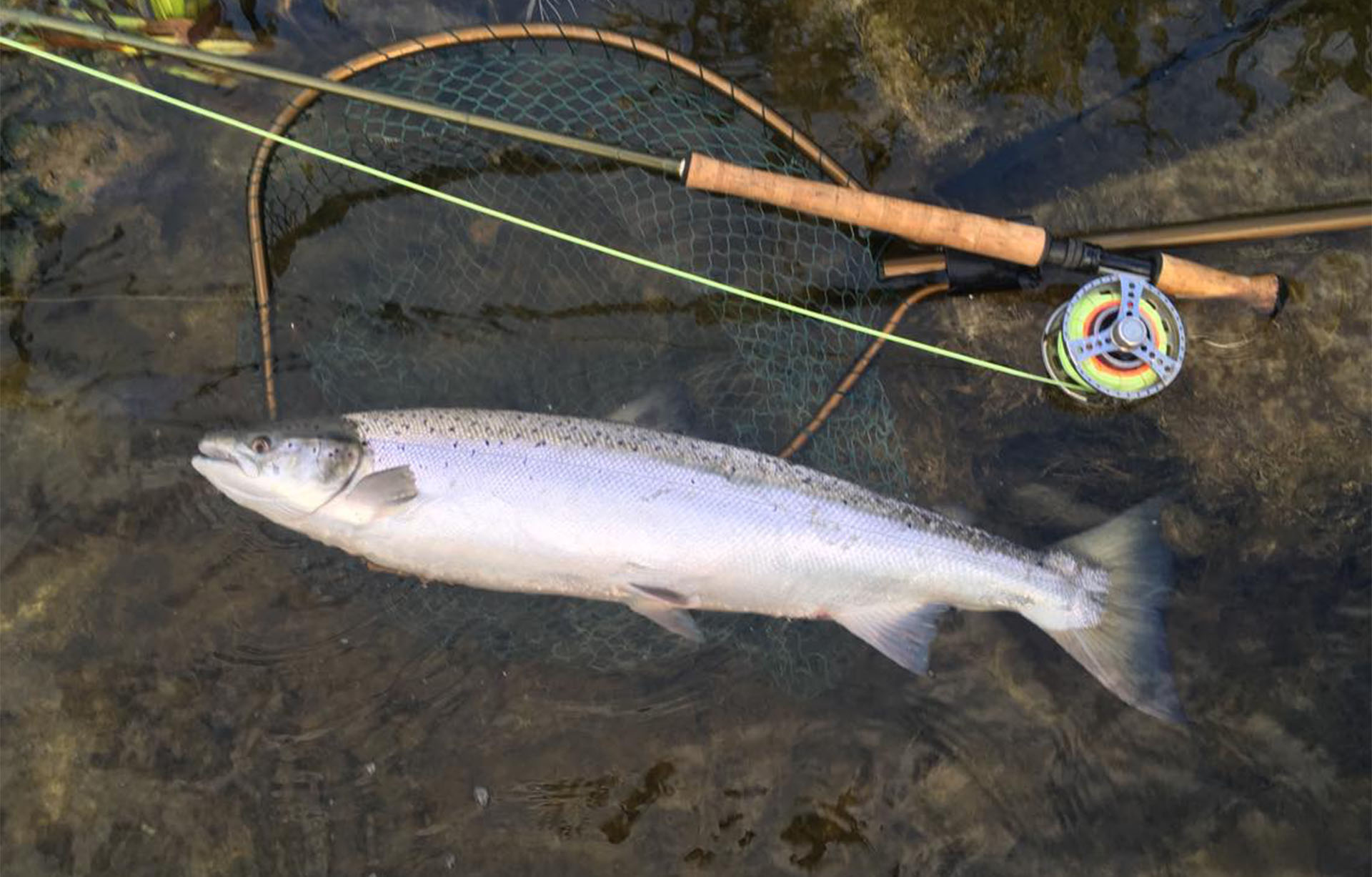 I'm not sure I understand''Furrowing'' how is it different from 'Dibbiling'' or ''Hitching'' ??

It's a tactic that's been used for many, many years for sea trout. Daytime or night-time. As has been said before, there's nothing "new" in fly fishing.

taffy1 said:
It's a tactic that's been used for many, many years for sea trout. Daytime or night-time. As has been said before, there's nothing "new" in fly fishing.
Click to expand...

Its got a new name:thumbs:

ohanzee said:
Its got a new name:thumbs:
Click to expand...

I thought it was just 'dragging it across the current', no idea it had a technical term

It's probably an American expression for an English tactic.

black knight said:
It's probably an American expression for an English tactic.
Click to expand...

3lbgrayling said:
Might even be a Scottish tactic Alban.

Seen it work when backing up on Thurso and Carron.