The mayfly-feeding fish switched their allegiance from the paraloop spinner to a grey Wulff for some reason best known to them. I lost the couple I had in the box - one to a two's-up, and the other when a hot fish went off like a scalded cat and whipped all the line up off the floor... and the last loop went up into a split in the fibreglass thwart... Jam...Ping! Actually damaged the fly line! ☹ Anyway, now I need to tie up some Wulffs.

I had a go at dyeing a grey squirrel tail to match the wings of a mayfly dun. Also did some trilobal dubbing...

I printed a photo of a mayfly dun to give me a target to aim at. 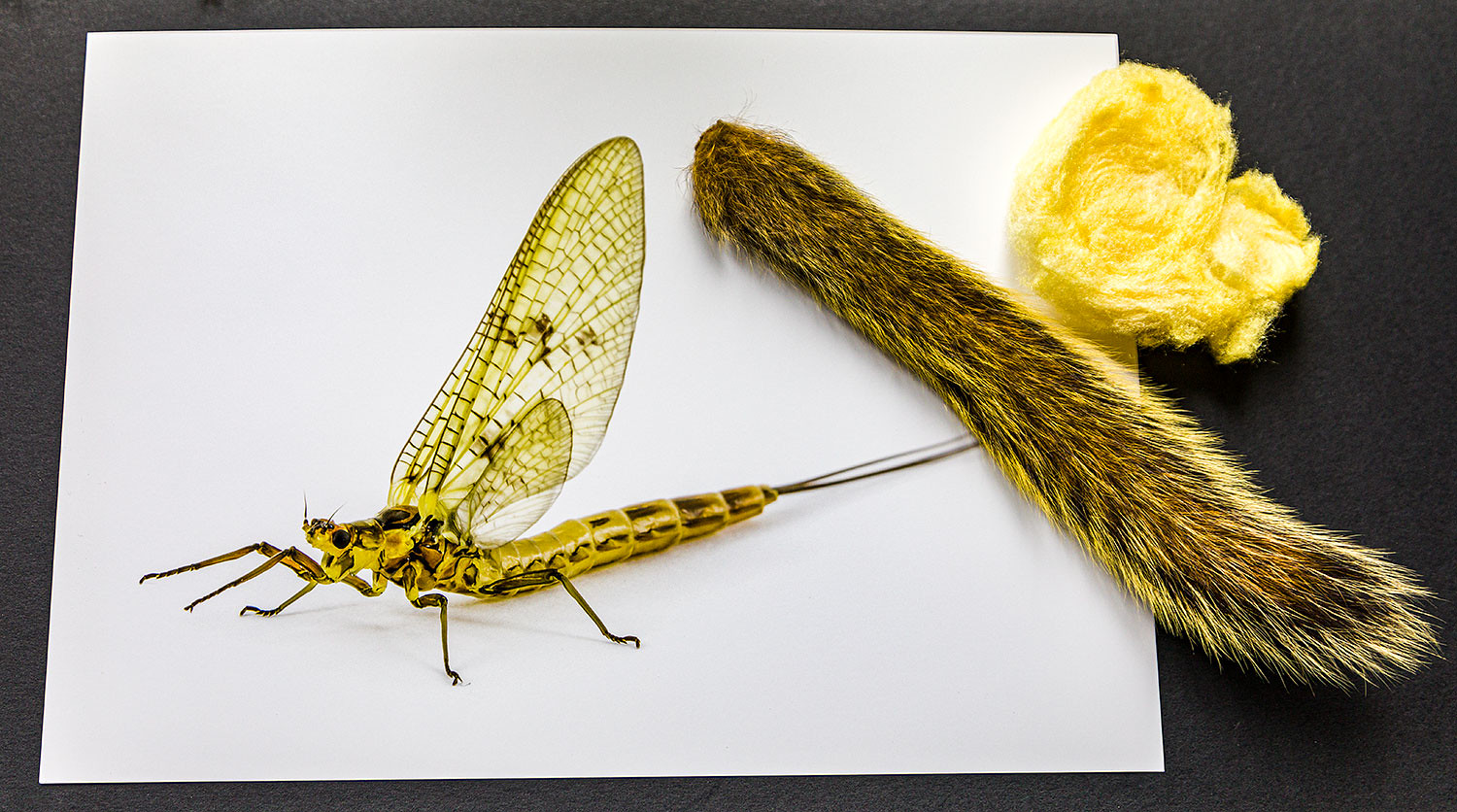 The wings are not a strong colour, so I reduced the amount to 2% w/w and didn’t leave it past the point I was happy with the amount of uptake by the tips.

The olive has been a bit slow to strike, compared to the yellow – nothing new with the ‘fast yellow’. I could maybe have left it longer to let the olive get on board, but I didn’t want it to end up with the tips darker/stronger than I wanted. If I was doing another, or doing a cape or some white deer hair, I would probably go 50:50 on the yellow/olive component.

The trilobal was an earlier mix before I adjusted it to get more olive in. Usable as a body dubbing for the dun.