Coprinus disseminatus. Never heard the name beore. It's a species of ink cap. Looking at the photos, the ink cap has a more heavily striated cap - but that's just guessing. Some kind of LBJ anyway.


LOVE IT YA DAFT BEGGER

Coprinus disseminatus. Never heard the name beore. It's a species of ink cap. Looking at the photos, the ink cap has a more heavily striated cap - but that's just guessing. Some kind of LBJ anyway.

You say striated I say fluted

caught this happening in August:thumbs:

one not to eat side by side these were

Has anyone been poisoned during this thread? I do fancy mushrooms not from Tescos but just as I was building up to it some celebe family almost died of kidney failure after picking some that looked a bit like field mushrooms on their hols in Scotland...

I'm in rude good health and not about to take a risk with that just to go foraging when I can afford to go to Lidl who will soon be offering locally foraged stuff soon? I wouldn't put it past them. A breath of fresh air in the stale world of food marketing

I haven't been poisoned by any wild mushroom I've eaten, apart from the blue stalks, Beryl. You're right to be cautious, but be careful what you wish for :thumbs: Illegal foragers are stripping UK forests of fungi | Environment | The Guardian

The thing to be aware of is that there is very little in the way of rules of thumb or generalisations when it comes to what's good and what's poisonous. You really have to identify each species before you know whether it is good to eat or not. Some of the families/genera that have species that are good to eat also have some of the ones that can be deadly poisonous.

However, there are only a handful of truly deadly poisonous ones... a few in the Amanita, a few in the Clitocybe, plus odd ones in other genera, such as Cortinarius (think that was what did for that family on holiday). If you buy a field guide and familiarise yourself with the bad boys, you can then learn to use the dichotomy key to start making a positive identification on the good ones. You need to pick them and bring them home to get to grips with using the key though.

There are a few that you really can't mistake for anything else, like giant puff balls, shaggy ink caps, oyster mushrooms and ceps. If you pick them to start with while you learn to trust your abilities... then you can move on to the likes of field mushrooms and others in the Agaricus genus, plus the likes of parasol mushroom, shaggy parasol, blewits and wood blewits, chanterelle, and others, all of which are quite easy to identify.

The cep is a member of the genus Boletus and it's a useful family for pickers, inasmuch as it is a typical mushroom shape, but doesn't have gills. It has spore tubes instead, so it's dead easy to get the genus right... and there are no dangerously poisonous members - just one to avoid and it is easily separated out. Same for the genus Agaricus really - all members of the genus are good to eat, or at least OK, apart from the yellow staining mushroom... which gives itself away by... er, staining yellow when picked. Mature specimens of Agaricus have those characteristic chocolate brown gills and a ring on their stalk, same as the common cultivated mushrooms.

The Amanitas have more bad boys than any genus... death cap, detroying angel, panther cap... and others. Many in the genus are identifiable by the egg-shell like case they emerge from, often leaving the fragments stuck to the cap after - like the classic red toadstool, the fly agaric. Most have a ring, though some don't. I think (not certain) they all have white gills though, and it is quite easy to identify the genus. Although some are good to eat, such as the tawny grisette, I never take the risk. "If it's Amanita, leave it!" is a good rule of thumb.

I heard (just recently too) that death cap and destroying angel are both so toxic that you shouldn't even handle them with bare hands! Not sure if I ever did, but if so, I lived to tell the tale.

I ruined a very good omelette by adding a Bitter Bolete (Tylopilus felleus) a couple of years ago. Although it did not kill me it did leave me with a horrible after taste and lost confidence

A couple of grab-shots taken on the hoof while out with the pheasant shooters last weekend... 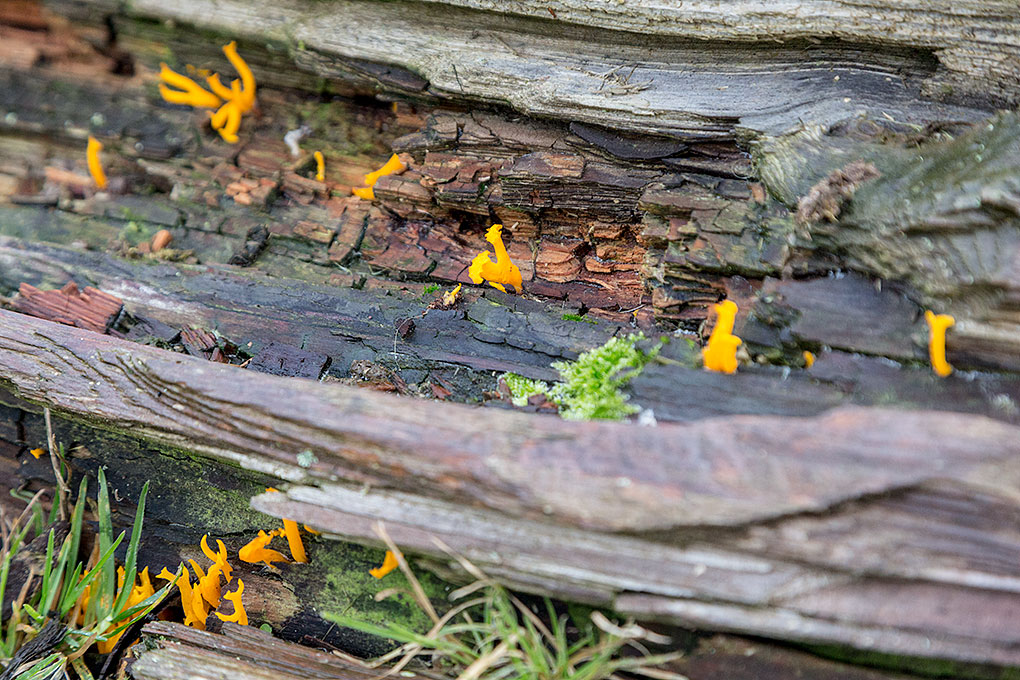 Not sure about this - maybe just developing staghorn? (sorry focus was a bit off ) 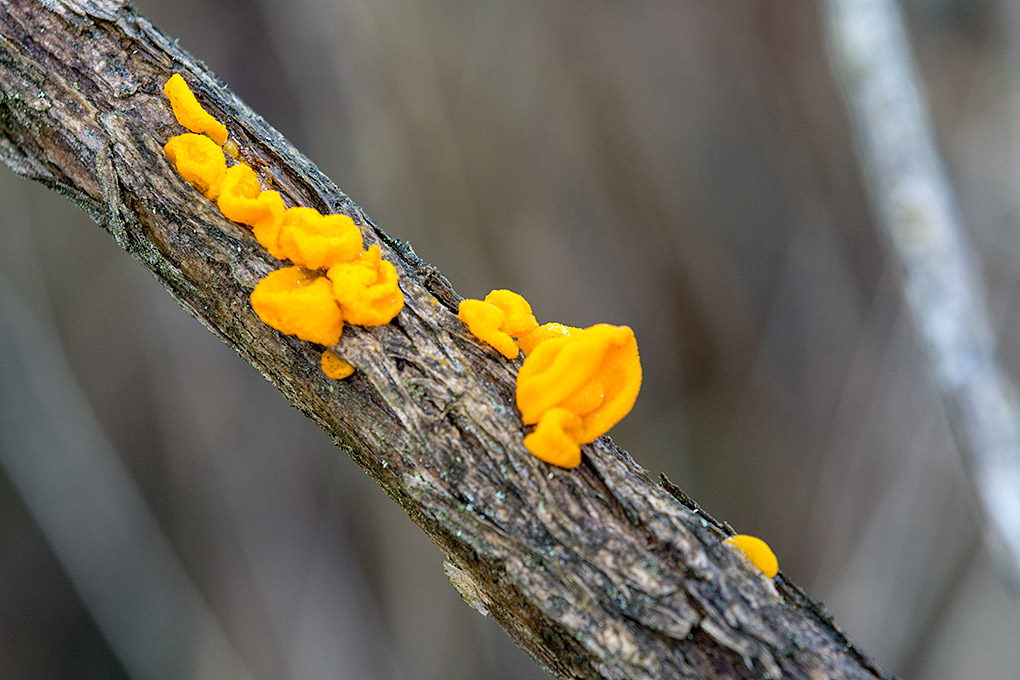 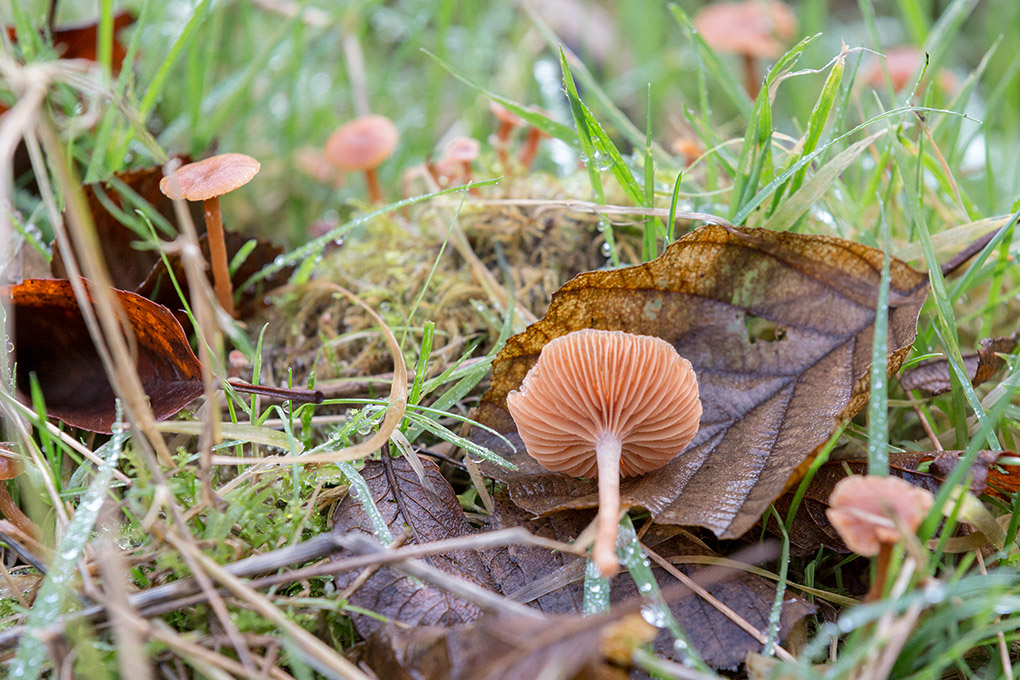 It is indeed.... yellow stag Col 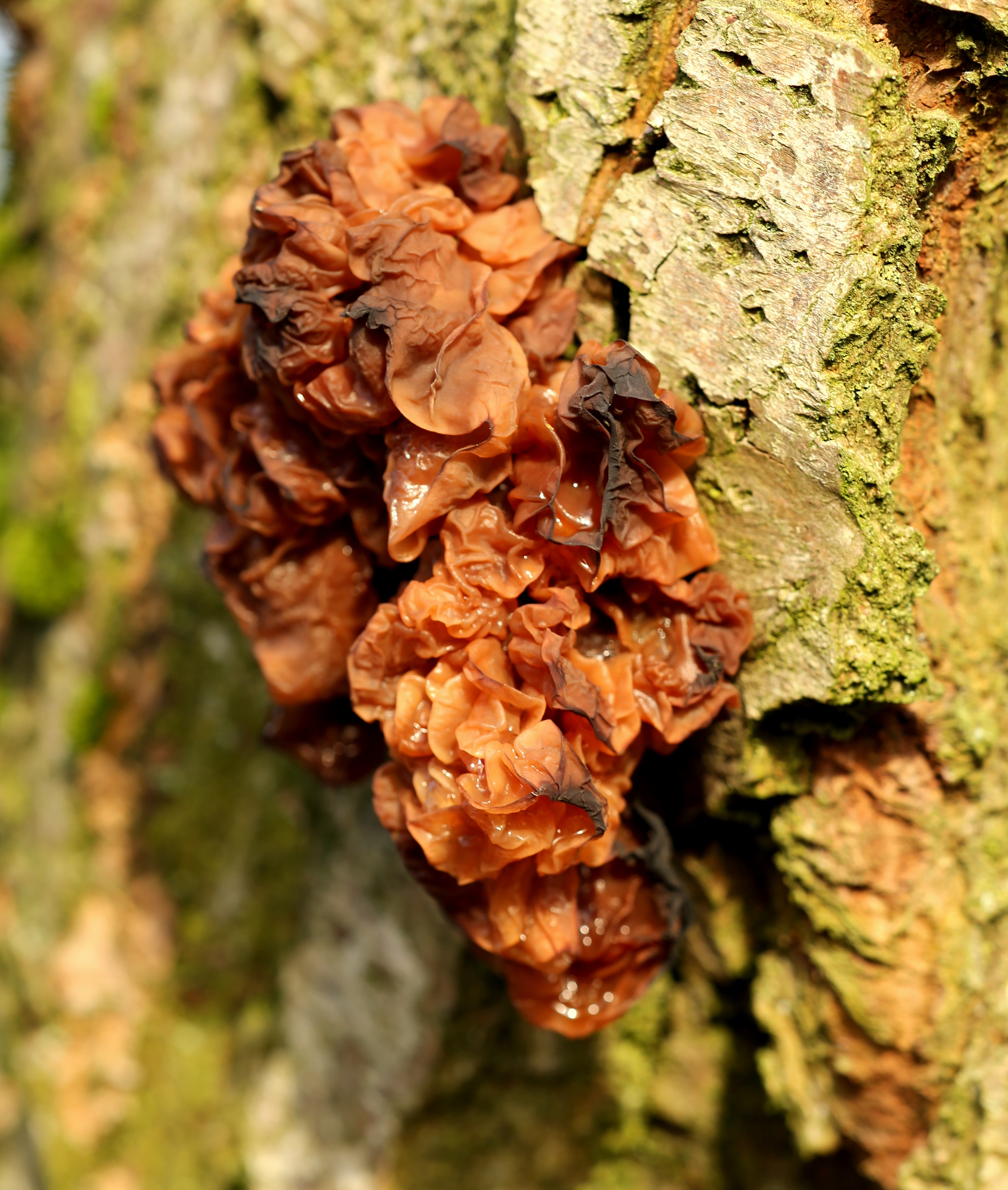 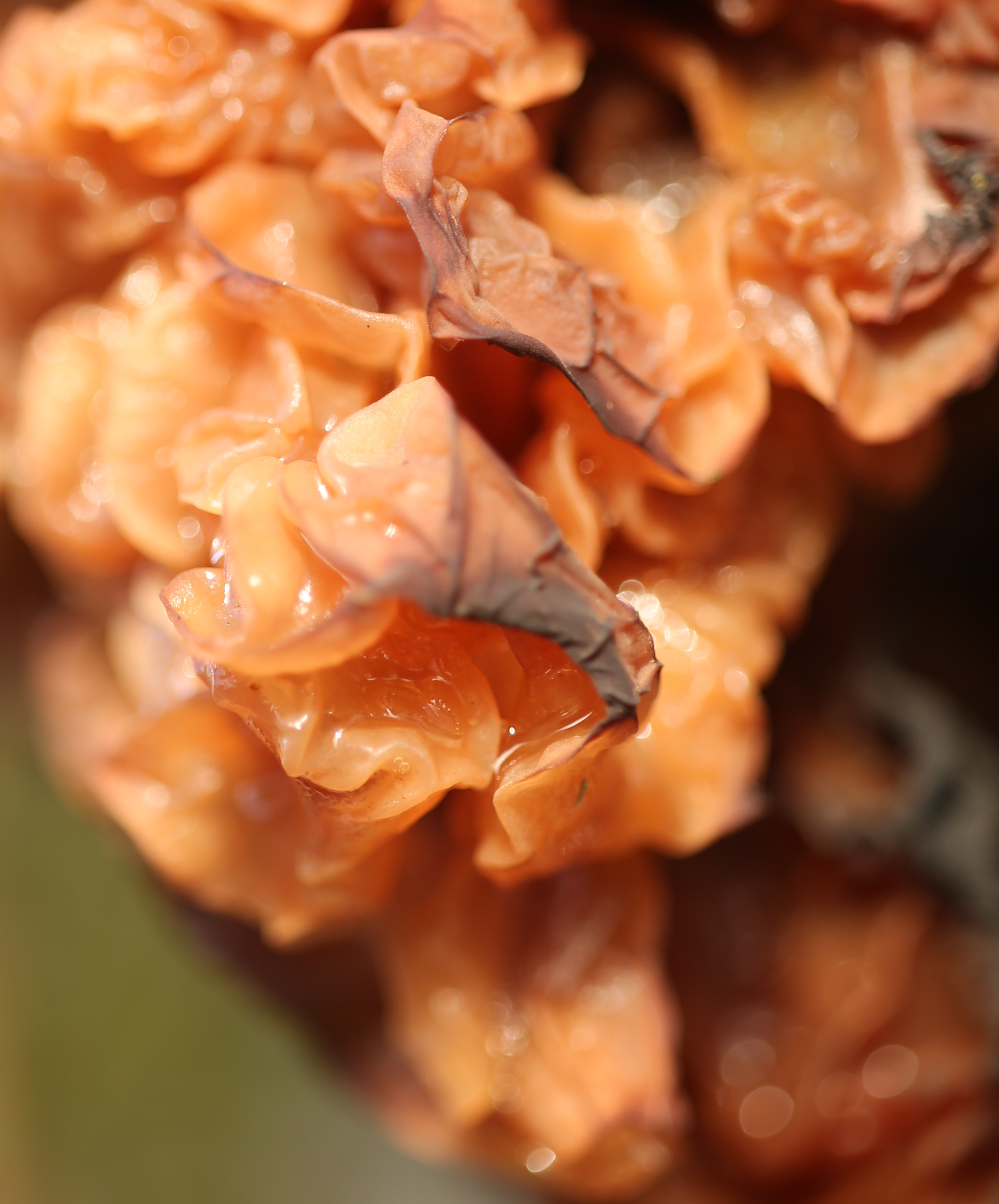 Are these really early (today)? (Amanita?) Must have been 12" across! 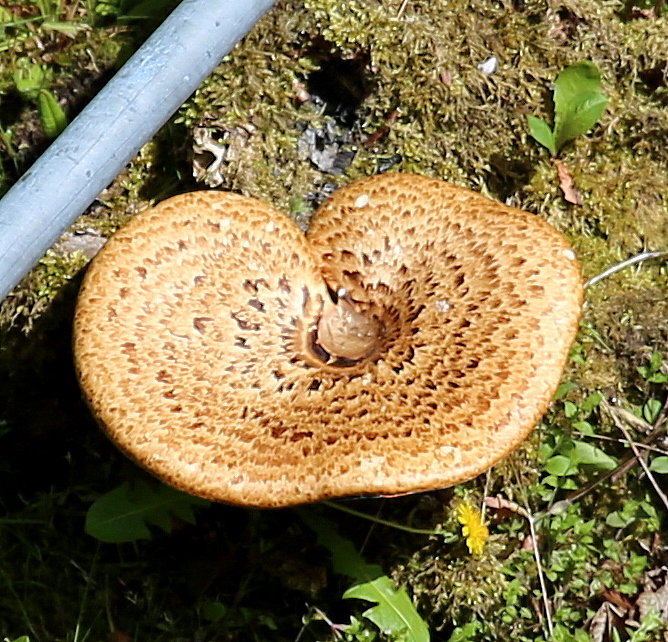 Not got a clue what these are, that's why I never touch any fungi out in the woods, just thought I'd post this photo.

The challenge was to make 20 burgers with onions and mushrooms, using 2 frying pans on an open wood fire on a beach on Inchlonaig Island on Loch Lomond on Saturday... 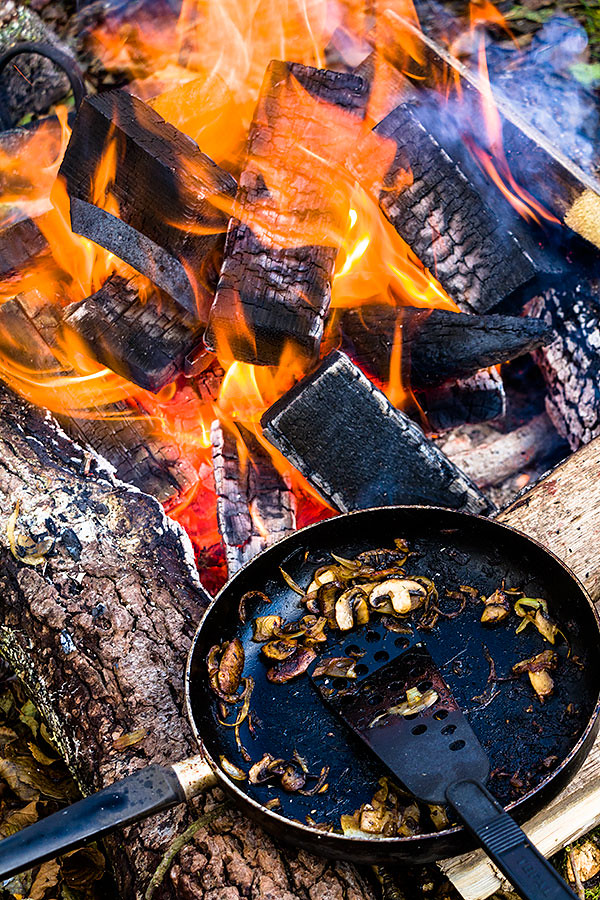 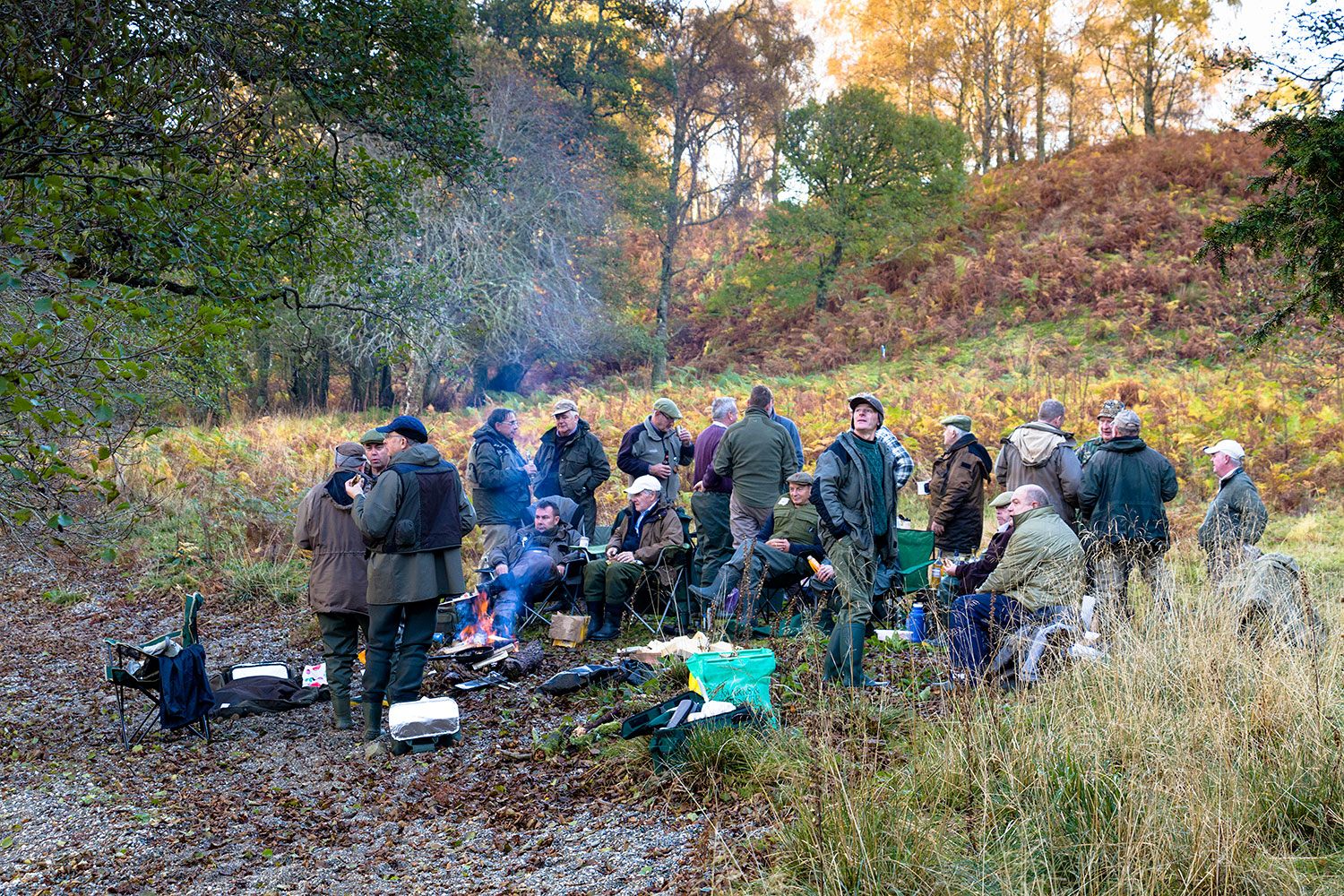 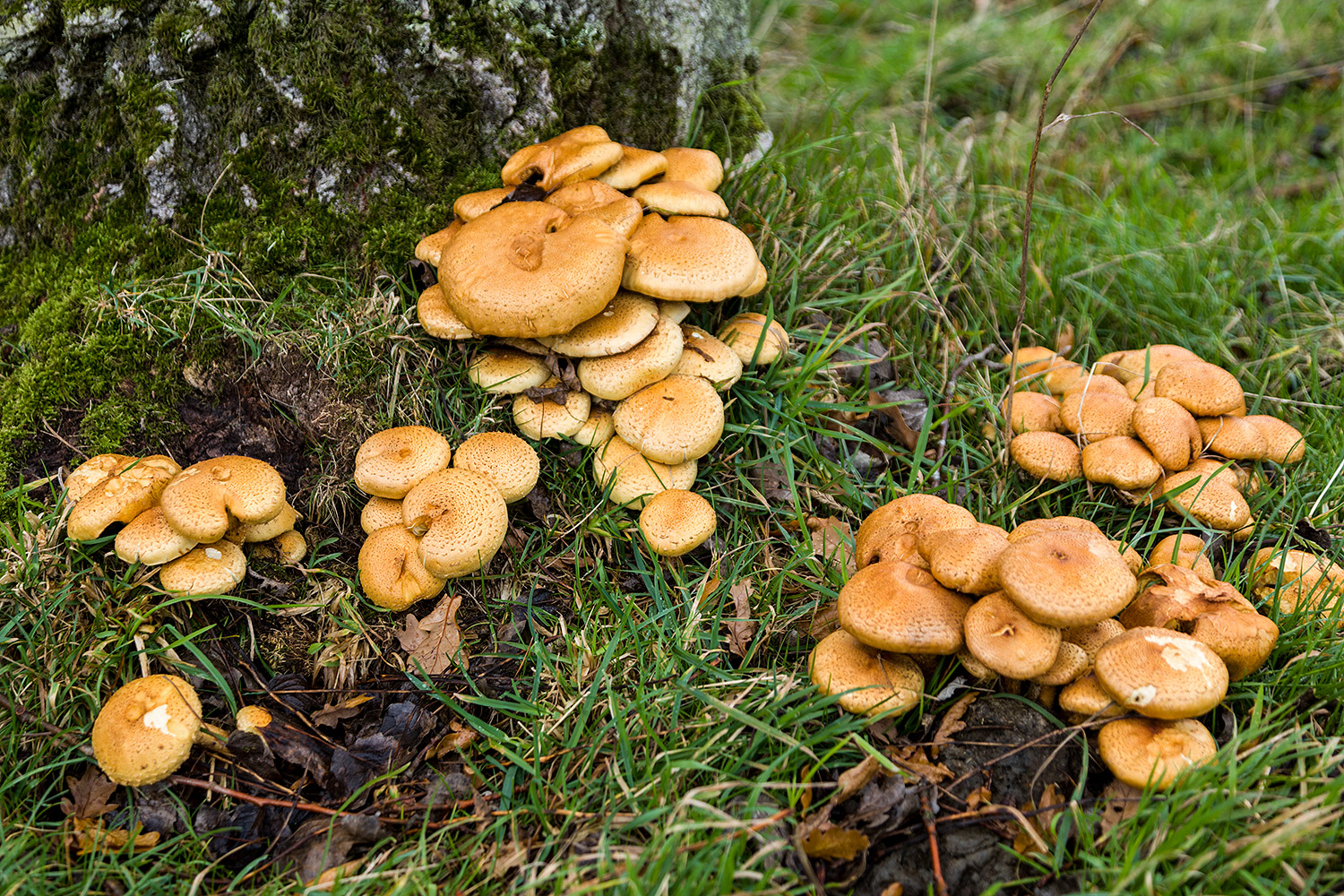 After a 5 year absence (due to the OP asking for the entire thread to be deleted when he closed his account!), the switch to the new software has accidentally reinstated this thread. Quite right too - it should never have been deleted, as lots of us had posts in it.

Here is one from the cycle path today... 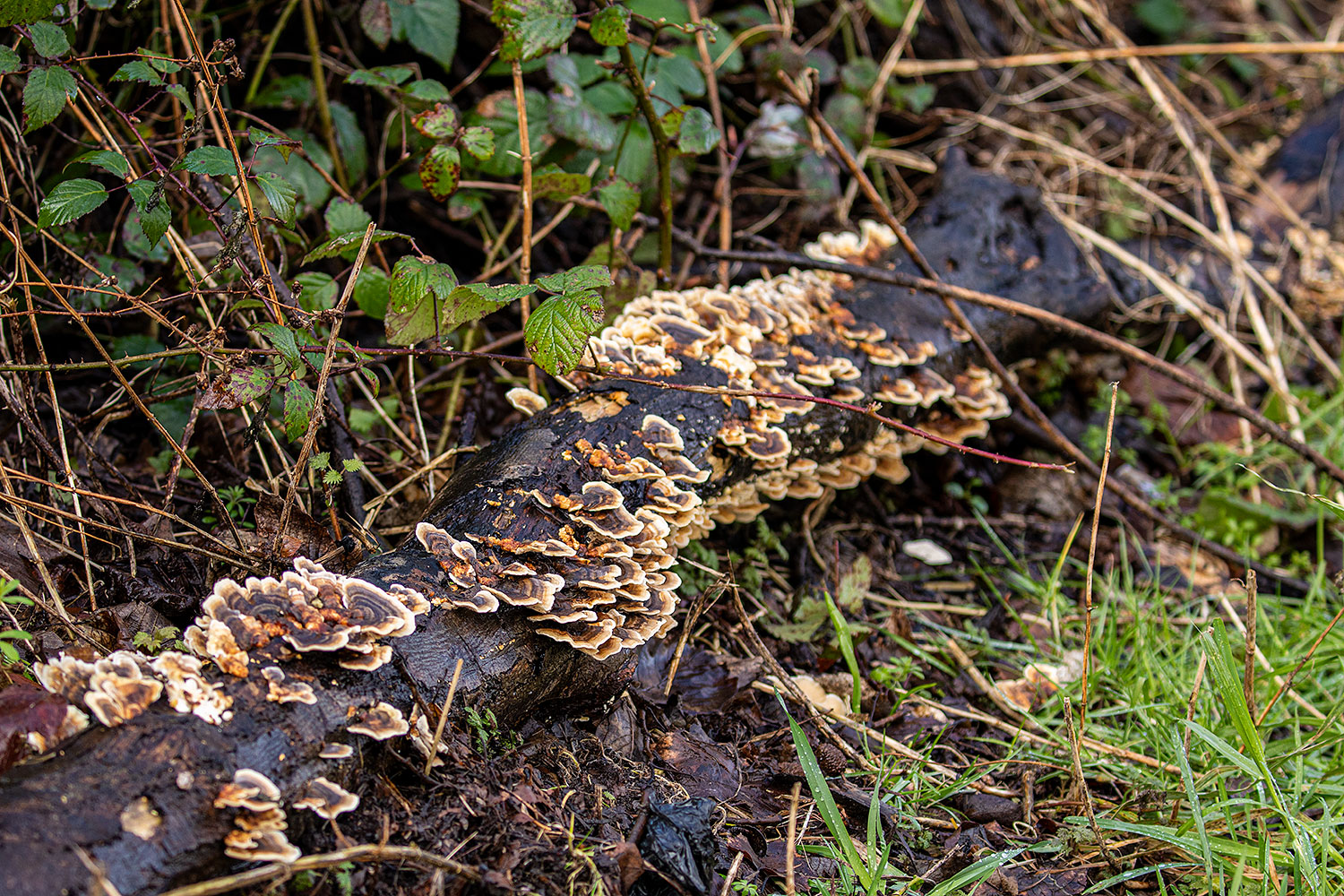 Coriolus versicolor?
​
The new software reduces the zoom of images larger than a set size. Mine are 1500 x 1000 pixels, which is larger than the new default, but if you click on the image, you will see it at full size.

re the mention of the Cortinarius , I read a bit after the Morayshire Cortinarius poisoning a few years back That women are Immune to the poisons , it will affect the Kidneys of the Males, the Guys that ate them spent some time in Hospital recovering after Treatment, beware the Mushroom soup, easker1
You must log in or register to reply here.
Share:
Facebook Twitter Reddit Pinterest Tumblr WhatsApp Email Share Link