Anyone have experience of torqeedo lithium electric outboards? What’s your thoughts?!

Spoke to a few guys using them, on Linlithgow and Glencorse, they loved em, last i heard they were in the region of around £1800 .... too expensive for me.

I also value my life too much, in case she found out what i spent on an outboard.

I do like the idea of them. Lithium power must surely be the way forward for boat propulsion... given what is happening with cars and carbon emissions and all that... :noidea:

However, the price of lithium batteries has to come down to get us all on board.

I'm not bowled over by the design of those Torqeedo ones. One of the guys in our club has one and he damaged the prop. It cost him an arm and a leg to replace it - basically was a whole unit. If I damage the prop on my Minn Kota it is about £20 to replace.

One of the places we used to go regularly was the lochs of South Uist. We used to take a petrol outboard and a Minn Kota and put them both on the boat... 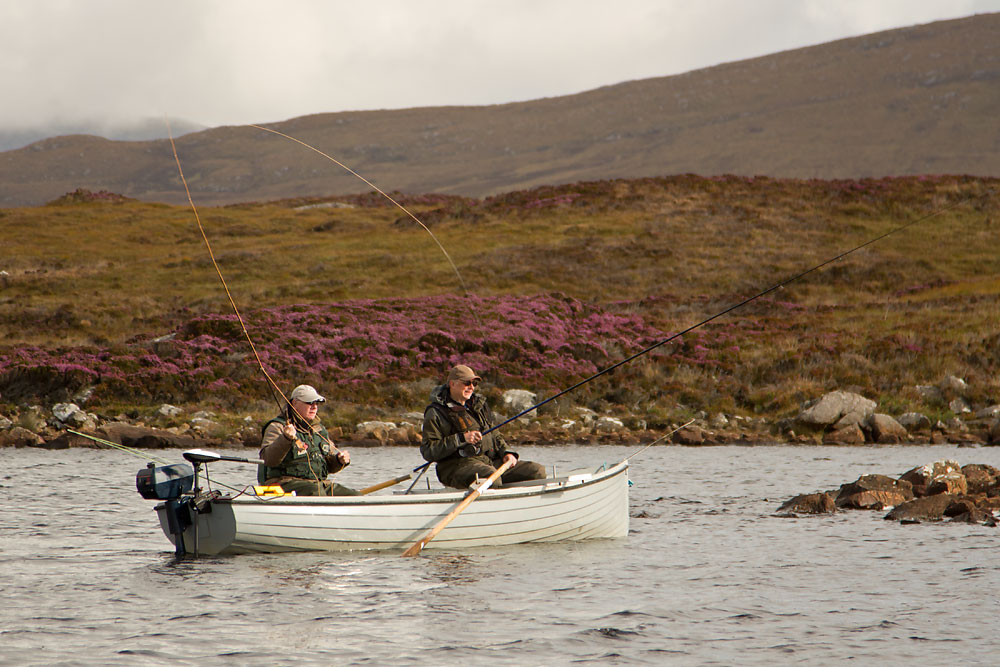 Petrol for getting you up the water; Minn Kota for ghillieing you back down it. Now, you would think a Torqeedo would be the perfect answer and would do away with the need for 2 outboards. Well, one of our crowd bought one, and guess what - when he goes to South Uist, he still takes his petrol and his Minn Kota. Reason he doesn't take his Torqeedo is because he is scared of bashing it on the submerged skerries. For one thing, it is fixed hard to the transom and doesn't lift up when going forward, like a petrol does. Of course, a Minn Kota is fixed too, but it isn't going as fast as a Torqeedo.

I have damaged my Minn Kota a couple of times up there - by reversing into a submerged rock in the dark, peat-stained waters. Both times it tanned-in the T-bar and it cost me £5 to replace it and 20 minutes of my time to do the job.

So, I'm not splashing out on a Torqeedo. Minn Kota were delving into making lithium-powered motors of 0.5 and 1 HP, but I haven't heard much on that front recently. That would be my ideal - a 1 HP Minn Kota, powered by a reasonably-priced Li-Ion battery. The commercial ones are currently around £600 - a bit steep!

I did see a You tube from a guy who had built his own power pack from 12v lithium packs connected in Parallel( I think?) and fitted in a water tight case,may be worth chasing up?
easker1

easker1 said:
I did see a You tube from a guy who had built his own power pack from 12v lithium packs connected in Parallel( I think?) and fitted in a water tight case,may be worth chasing up?
easker1
Click to expand...

Our forum member, Scobo made his own Li-ion pack for running his Minn Kota. Excellent job he did too... 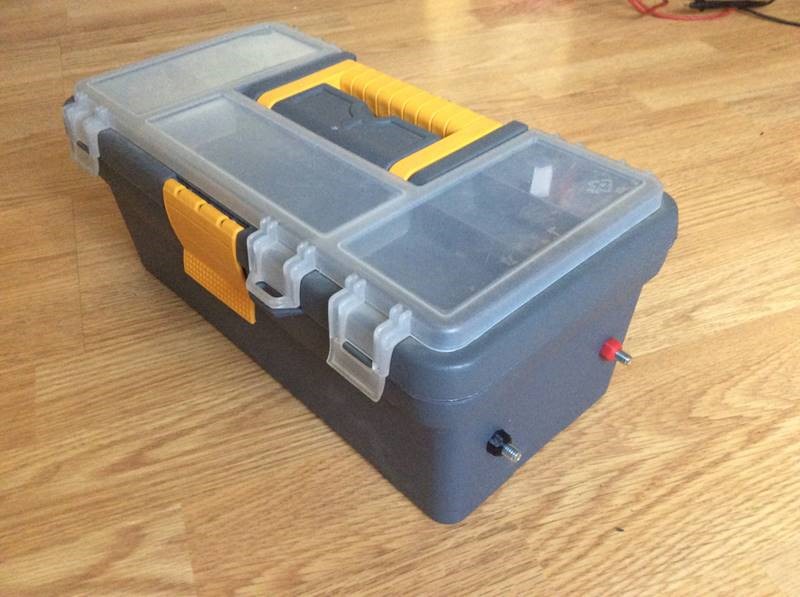 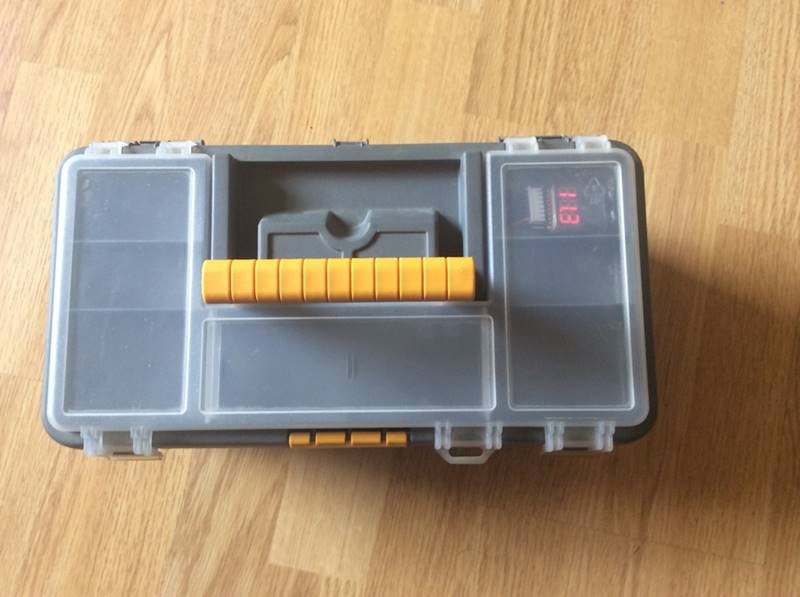 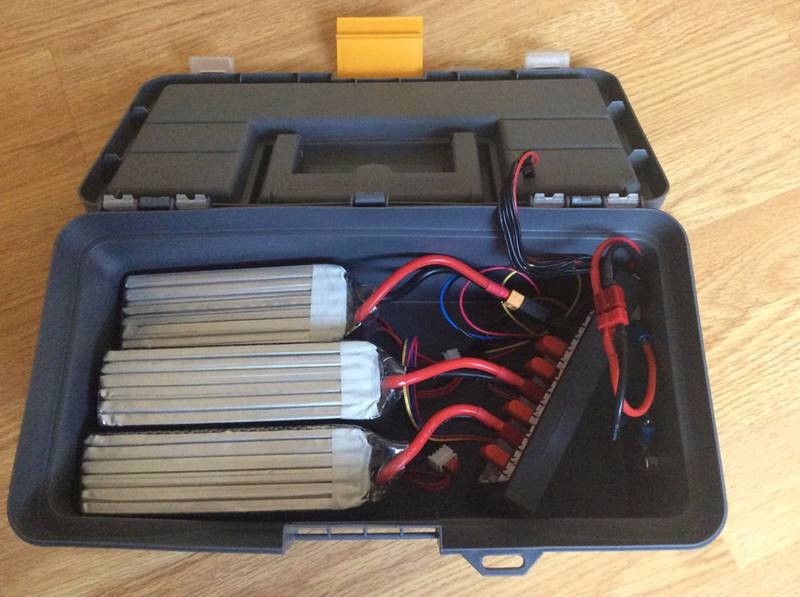 Thanks for the replies gents, very interesting. The cost of replacement parts etc is not advertised! As for making my own Li-ion pack that's well beyond me I'm afraid. The only problem with petrol engines is the weight when you have a suspect back.....one disc damaged is a problem for life I'm afraid and no amount of regret / money fixes that. Thanks again gents for your valued opinions.
E

They are used by several anglers on my local reservoir. They are highly regarded but, the plastic can be a bit brittle if careless.
Carrying them is a lot less hassle especially the battery weight as mentioned.
Some of the locals split the cost between 3 of them which hasn’t caused any issues and worth considering maybe.
T

What HP do you need? there are some very lightweight petrol outboards available - look at the Selva range. They do a 9.9 with built in electric start that only weighs 32kgs all up. If you go the manual (pull start) version of that motor it is only 28kgs. Their
6HP is only 23kgs.

As for Torqueedo, they are now owned by Deutz and there is a huge amount of R&D going in, electric or hybrid tractors are the reason. They have certainly provided the marine industry with electric outboards that provide a reasonable range and using GPS technology to measure the range, a 'fuel guage' on the head which is quite useful. I have done several features on electric engines nd their use in boats - hull speed is the trick. Try to go fast and you will lose range exponentially - that could be fighting wind or tide rather than trying to 'go fast'.
eg: You can get 10 miles range out of your rig if you do hull speed at 6 knots (flat water no wind or tide) and using full throttle.
Ease back to just 5 knots, that range could easily be extended to 20 miles, because you use so much more draw to do that extra 1 knot, ease back a tiny bit more to 4.5 knots and your range could quite feasibly extend to 35 miles.... just 'for instance' figures to illustrate how the loading soaks up the available power. A little bit of easing off gives a much greater range.

On the flip side, thrashing into a stiff breeze, using full power and only getting 4 knots... your range could be reduced to 8 miles. However, provided the wind direction remains constant, you have an easy run home! Sods law dictates the wind will swing and you will have it on the nose all the way home aswell - and I bet you will have to break the oars out, because your battery will go flat!
Last edited: May 8, 2019

Thanks for that Tailingloop, more research needed!
T

11foot5 said:
Thanks for that Tailingloop, more research needed!
Click to expand...

I have just heard, and it isn't in the press yet, that Selva - who actually make the legs for Torqueedo on a contract manufacturing deal, have just done a deal with a Korean company and they will be doing their own, complete, electric outboard - the deal has only just been signed, so production schedule and when the first outboards will become available I have no idea. I expect there will be an announcement at Southampton Boat Show. One thing is for certain, having spoken to Carlo Selva about it, is their props will be easily replacable! If you can hang fire a bit and make do this season, buy a used Minn Kota or Yamaha electric outboard and run it on a gel battery while the Li outboards are perfected.

The new model Selva 2.5hp outboard weighs just 13.5kgs, with propeller - I can literally pick it up on my little finger, we tried it and I got a picture of my friend holding it on his little finger too! Not every water allows petrol outboards though.

3lbgrayling said:
Is the 2.5 Selva petrol or leccy. ??(found out Petrol)

That is the old 2.5hp - the new 2.5hp is called the Guppy, not yet available and will take over from the Seahorse. My pictures (first press pictures worldwide!) are still in my camera - Selva shipped a pre-production engine over for me to test last week. It is the most powerful, lightest, and biggest capacity, 2.5hp on the market. Now, the cynics will be saying a 2.5hp produces 2.5hp...not so! It is a 'nominal figure' but of those available, even if they all have 2.5 horses, the Selva seems to have cart horses, rather than polo ponies!

Another hot gossip is the impending launch (not yet launched) of the Garmin electric outboard motor....it will be given the name FORCE. So several new options coming through to take a chunk of the Torqueedo sector. If you want electric performance though, there is no substitute yet for the Torqueedo DEEP BLUE, equivalent to 80hp and goes like stink!
You must log in or register to reply here.
Share:
Facebook Twitter Reddit Pinterest Tumblr WhatsApp Email Link